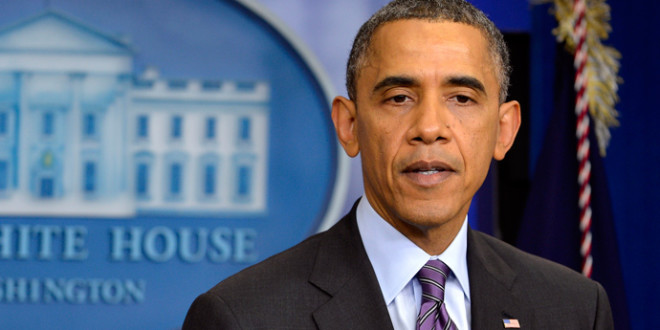 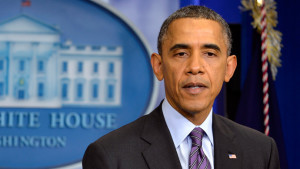 US, Cuba Set To Re-open Embassies Mid-July
The US and Cuba have laid the Cold War to rest. While some see dialogue as a path to reform, Cuban exiles believe the White House has strengthened the Castro regime.
Sebastian Arcos Bergnes suffered under two Cuban dictatorships. Bergnes was arrested by the regime of Fulgencio Batista after being discovered with a cache of weapons in 1956. He served three years in prison for participating in Fidel Castro’s revolution. But Bergnes was never a communist.
His son, Sebastian A. Arcos, describes the family as middle class Catholics with “solid democratic credentials.” “They joined the Castro revolution to get back to the constitutional cores established by the 1940 constitution and became disillusioned immediately after Castro turned to the left,” Sebastian told DW.
As Castro consolidated power, Sebastian’s family began documenting the regime’s human rights abuses, particularly in the jails. Political prisoners were often subjected to beatings, deprived of medical attention and had their sentences arbitrarily extended. The reports that Sebastian’s family compiled were smuggled out to the UN Human Rights Commission in Geneva.
The family was split up after trying to escape the island in 1981. While Sebastian served a year in prison, his mother and sister fled to Miami. A decade passed before Havana granted Sebastian permission to leave Cuba and join them in Florida. His father was allowed to leave in 1995 for medical reasons. Bergnes died from cancer two years later.
“I left for the US in 1992 as a political refugee and have never been back,” said Sebastian, now the Associate Director of the Cuban Research Institute at Florida International University.

‘A political exile does not return’
There are many Cuban-Americans with stories of persecution and flight. Jose Azel joined the anti-Castro underground as a 12-year-old boy, serving as a courier and participating in acts of economic sabotage. After the regime closed Azel’s Catholic school, his father feared that his son would be indoctrinated. He put him on a cargo ship in 1961 bound for Florida where Azel joined his older brother in Miami.
More than 14,000 children left Cuba in the early 1960s. Operation Pedro Pan was the largest recorded migration of unaccompanied minors in the history of the Western Hemisphere. Like Sebastian, Azel has not returned to Cuba. He never saw his father again.
“By definition, a political exile does not return until the conditions that brought about his exile change,” Azel, now a scholar at the Institute for Cuban and Cuban-American Studies, told DW. “An economic immigrant returns when his personal conditions allow him to,” he said. “I would never under any conditions return until there is a change.”

Change in the air
Now, there is a change underway. But for political exiles, President Barack Obama’s new policy of rapprochement with Havana is anathema.
On Wednesday, the United States and Cuba officially announced that they would reopen their embassies in Washington and Havana on or around July 20.
It’s a major milestone on the road toward normalization of relations between the bitter Cold War foes, who are separated by just 93 miles of water across the Florida Straits.

‘Obama rushed normalization’
But Sebastian believes reopening the embassy under the current circumstances is “absurd,” arguing that Fidel’s brother and successor Raul has not substantially changed Cuba. He maintains contacts with dissidents on the island.
People are jailed less and for shorter periods. But according to Sebastian, political intimidation continues under a more subtle guise. Plain-clothed civilians harass dissidents on a regular basis.
And though the private entrepreneurial sector has expanded, it remains a small portion of the overall economy and is still heavily controlled by the regime.
The House of Representatives is now trying to block funding for the embassy reopening in Havana. Right now, the US maintains an interests section in Cuba.
Senator Marco Rubio, the Cuban-American presidential candidate from Miami, has threatened to block the White House from naming an ambassador to the island nation.
“Obama rushed into a normalization process at a fast pace without using any leverage for the US had to gain concessions from the Cuban government,” Sebastian said.

Giving up on policy of coercion
But according to Cuba expert William LeoGrande, the US has gotten more out of the deal than Havana.
Under the first phase of the agreement, the Castro regime released more than 50 political prisoners. In return, the US repatriated three Cubans arrested for alleged espionage.
Havana also made a commitment to cooperate more closely with the International Red Cross on prison conditions and the UN on human rights.
President Obama has relaxed the trade embargo by legalizing the sale of commodities and services, easing restrictions on travel, and licensing the sale of telecommunications equipment. It’s a potential boon for the American business community and Cuba’s small entrepreneurial class.
In May, the US removed Cuba from the State Department’s list of state sponsors of terrorism. Havana was put on the list in the 1980s for supporting insurgent groups throughout Africa and Latin America.
“It’s not that the administration is simply accepting the idea that Cuba is never going to change,” LeoGrande, a specialist in Latin American Politics at American University, told DW.
“The administration has given up on a policy aimed at trying to force change on Cuba by coercive measures that didn’t work for a half century,” he said.

Majority of Cuban-Americans support ties
Sebastian is concerned that by re-establishing relations and relaxing the embargo, the Obama administration is only providing “new resources and political legitimacy to the regime,” allowing it “to remain in power far longer than it was supposed to under any given circumstances.”
But Sebastian’s position is no longer shared by many in the Cuban-American community. According to a 2014 survey conducted by Florida International University, 68 percent of Cuban-Americans in Miami are now in favour of diplomatic relations between Havana and Washington.
Cuban-Americans play a leading role in the city, and Florida is a crucial swing state in presidential elections. Though the community traditionally leans conservative, President Obama won half their votes in 2012. Even at that time the president was advocating a more moderate policy toward Havana.
And perhaps most importantly, upwards of 30,000 new Cuban migrants, with a different perspective, arrive in the United States every year.
“More recent arrivals have maintained contact with their families on the island, they travel back and forth, they send remittances,” LeoGrande said. “For them, more relationship between the two governments is a good thing, not a bad thing.”

OPINION: USA and Cuba, One step closer
The reopening of embassies in Washington and Havana is a symbolic act and a historic step. But the step taken is only one on a long journey, writes DW’s Uta Thofern.
The flagpoles have already been erected in Washington and Havana. When the flags are raised, both Presidents Obama and Castro will surely be applauded for their agreement. The renewal of diplomatic relations after 50 icy years has met with wide acceptance all over the world. An anachronism has been consigned to history.

Obama must overcome resistance
But this is only the beginning of a long, rocky road full of obstacles. Unlike Castro, President Obama must rely on his wayward Congress to obtain approval for the renovation of the embassy.
And even though that procedure is probably the least of Obama’s problems, it is nonetheless a symbolic example of what he faces.
The most powerful man in the world must have the authorization of his country’s legislature for all expenditures. He even had to wait 40 days to find out if Congress was willing to drop Cuba from the list of state sponsors of terrorism before he could take further steps. He will not be able to appoint an ambassador without the approval of Congress. And most importantly, the trade embargo against Cuba will only be lifted if he prevails over cross-party resistance in Congress.
Democracy is an arduous affair. Quite often, authoritarian state leaders in the world contemptuously look down on complicated struggles for compromise, countless agreement processes and control mechanisms, which they readily interpret as weakness or hypocrisy. To such a statesman, showing strength and being a winner become all the more important in politics when convincing arguments diminish. And several Latin American nations that have suspiciously eyed the rapprochement between the US and Cuba now propagate the idea that the development is a defeat of imperialist forces and a victory for the Cuban revolution.
Left-wing, populist governments from Venezuela to Argentina, and Nicaragua to Ecuador, now all have a reason to worry: the American government’s new course of action now defies their painstakingly created political bogeymen.
The USA’s overtures to Cuba have made for a lasting improvement in the United States’ image, changed the political climate on the continent, given the Organization of American States new meaning and the United States a new chance. Cuba’s decision, on the other hand, must be ela.seen within the context of its economic problems, which were exacerbated by the economic crisis in Venezu
No change of system in Cuba
It is no coincidence that the Cuban government has increased pressure on the opposition: There have never been as many random arrests as in recent months. The signal is clear: the only reason for restoring relations with the USA is to gain access to hard currency. Changing the political system is not the issue.
Skeptics in the US Congress, critics within Cuba’s opposition and opposition activists in exile are right: the reconciliation between the US and Cuba is not a victory for democracy. But the reopening of the embassies will pave the way for more opportunities of direct exchanges between the countries and the people, opportunities for dialogue. Democracy does not need flamboyant victories.
-DW.DE