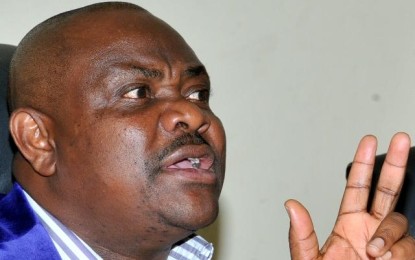 The Rivers State All Progressives Congress (APC) has reacted to the restoration of the rights and privileges due to former governor, Sir Celestine Omehia by the Rivers State Governor Nyesom Wike.

Wike, on Thursday announced that all rights and privileges accrued to Omehia, whose election in 2007 was nullified by the Supreme Court, have been restored. He consequently placed Omehia’s portrait among those of former governors of the state in the Council Chambers of Government House.

However, Chris Fineboy, APC’s state Publicity Secretary, in reaction, said it’s absolutely out of place for Wike who worked under Amaechi, did not suggest at any point that Omehia’s status be restored to overrule the Supreme Court’s ruling that annulled his election.

Expressing that it was not surprised but embarrassed by Wike’s decision, the party said, “Rather than feel surprised at the charade that the governor personally carried out (Friday), APC feels embarrassed that an individual who is licensed to practise law within Nigerian territory would, in the most flagrant manner, disregard the ruling of the Supreme Court of the land for selfish political expediency. More embarrassing is that the recipient is himself a lawyer as well who had previously sought to get the Supreme Court reverse itself in related matters without success.”

Below is the full statement:

As a party, APC recalls that the Supreme Court of Nigeria in a 2007 verdict that is now popular in Nigeria, ruled that Sir Celestine Omehia was never a “governor in the eyes of the law” and consequently nullified his governorship as having not happened. That landmark judgment also ordered that Rt. Hon. Chibuike Rotimi Amaechi be sworn in immediately as the rightful Governor of Rivers State. The Supreme Court explicitly declared that Omehia held the office in error and illegally.

Apart from Rt. Hon. Chibuike Rotimi Amaechi, the next immediate beneficiary of that development was Barr. Nyesom Wike who was shortly after appointed Chief of Staff by Rt. Hon. Chibuike Amaechi. Can Governor Wike, in all honesty, recall drawing the attention of his former boss to the need to override certain aspects of the Supreme Court ruling and defiantly restore Omehia’s rights, howbeit, as he has just done? Can governor Wike today own up to several of the anti-Omehia actions he took as Amaechi’s Chief of Staff until he was called to order?

Rather than feel surprised at the charade that the governor personally carried out, APC feels embarrassed that an individual who is licensed to practise law within Nigerian territory would, in the most flagrant manner, disregard the ruling of the Supreme Court of the land for selfish political expediency. More embarrassing is that the recipient is himself a lawyer as well who had previously sought to get the Supreme Court reverse itself in related matters without success.

APC would like Rivers people and Nigerians to know that the action and utterances of Gov. Nyesom Wike Friday are nothing more than standing in front of the mirror for the world to see and confirm the real Nyesom Wike who is ready to abandon civility, reason and decency on the altar of political expediency. Indeed, it does not matter to the governor that as a lawyer, he should be at the vanguard of defending the pronouncements of courts rather than defying them; he should defend the laws of the land rather than break them; he should think, act and talk like a governor and not just like any other citizen.

The APC is persuaded to believe that the governor was only trying hard to create a precedent considering the quicksand in which his governorship is standing.

We expect that if Governor Wike was genuinely interested in rehabilitating Sir Celestine Omehia along the line he has taken, the best would have been for him to approach the Supreme Court to reverse their earlier decision on the matter and not resort to self-help. Indeed, there are other legitimate ways to reward a political associate without breaking the law and defying state institutions.

APC rejects the attempt by a sitting governor to undermine the integrity and sanctity of the judiciary which is what Governor Nyesom Wike did yesterday against the verdict of the Supreme Court of the Federal Republic of Nigeria. It suggests that the governor abandoned the Oath of Office and Oath of Allegiance he swore to on the 29th day of May, 2015 right on top of the podium where he stood. 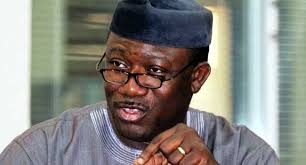