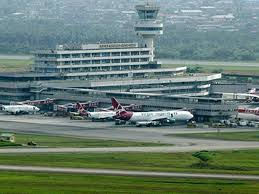 The Federal Airports Authority of Nigeria (FAAN) has said it is putting measures in place to boost the revenue base of airports for greater productivity.

As part of measures to achieve its goal, the authority said it has established a special task force on revenue enhancement, which would be headed by Engr. Saleh Dunoma, Managing Director of FAAN.

The Airport Managers were also mandated to step up efforts in recovering debts and initiating non-aeronautical revenue streams in order to meet up with revenue targets based on the Authority’s 2015 approved budget.

Engr. Dunoma disclosed the development on Thursday in Lagos during a meeting with Regional and Airports Managers where he urged them to recover revenue at the point of collection as and when due, by applying sanctions where necessary.

The meeting was attended by the top management staff of the Authority.

Mr. Yakubu Dati, General Manager, Corporate Affairs, in a statement quoted the FAAN chief executive as reiterating the Authority’s commitment to delivering services to the flying public at international quality standards in line with its mission statement.

The statement said that the managing director charged the managers to promote a healthy working relationship between the Authority’s Aviation Security Services and other government agencies at the airports, to discourage misunderstanding between various agencies at the  airports.