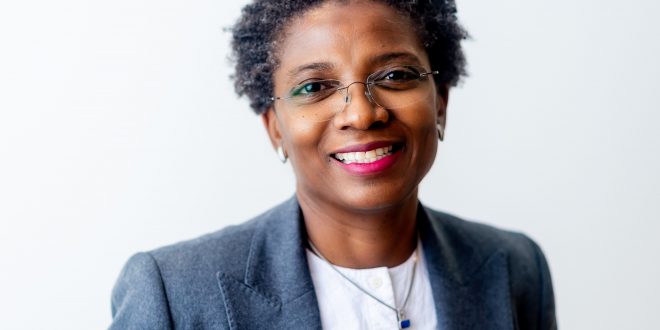 May 21, 2022 Comments Off on Funmi Olonisakin: The Mainframe of Global Success 37 Views

It was at a dinner with the late J. J. Rawlings, the late President of Ghana that I knew who Olufunmilayo Olonisakin is. Rawlings was boasting about her, how he planned to make a Nigerian woman a Minister in Ghana. He was right! I began the journey of discovery, and the path led me to learn more, interact more with her, and accept her leadership. When Professor Paul Zeleza, Vice-Chancellor of United States International University Africa, invited her to Keynote the 2018 TOFAC conference in Nairobi, the decision was warmly greeted.

Many had sought her services, including at the United Nations. Last week, she received an honorary doctorate at the University of Pretoria, and the excitement at the honor and celebration generated this piece. I could not hide my joy as we spoke on her glorious day, and I am converting her honor into a collective joy for us all. She has contributed more than anyone else to peace studies, building peace institutes in different parts of Africa, with firm imprints in Senegal, Kenya, South Africa and London, where she is now a Vice-President. In a way, she was my boss at the Thabo Mbeki Leadership Institute, where she served as the Chair of the Advisory Board and I, a member. When her term ended, and I was asked to succeed her, I trembled, and I knew that I could not match her in her capacity and efficiency. As you read this piece, I am in Pretoria, where I will formally praise her—the primus inter pares—for handing the baton to me. Her nobility is also at work when she chairs meetings, with a capacity to summarize and reflect, listen and process, digest and suggest.

The continent of Africa boasts of an impressive number of illustrious sons and daughters, spread around all areas of human endeavor (in medicine, administration, finance, technology, theology, academia, etcetera), whose hard work and excellence in their various fields of activity have won them many individual laurels—both locally and internationally—and contributed a positive image, as well as other critical developments, on the continent. In academia, where the African intelligentsia constitutes an immutable global presence, they have made indelible contributions to the quest for the improvement of the progress of humankind—educating and correcting erroneous perceptions, contributing groundbreaking research and lending their expertise to solving problems wherever and whenever they have been called to serve. Hence, it comes with little surprise that they are to be found occupying important offices in prestigious institutions worldwide.

In the ranks of Africa’s intellectual exports, Nigeria has been blessed with personalities who have successfully established themselves as indispensable assets in their communities, both in Africa and abroad, where many of them ply their craft. One such intellectual gem from Nigeria is Professor Oluwafunmilayo Olonisakin, “the first black woman to be named a full professor at King’s [College London].” A scholar per excellence, she boasts of a long and successful career as a teacher, researcher, author, administrator, and policy adviser in peace and security.

Professor Olonisakin is currently the Vice President (Global Engagement) at King’s College London, where she also doubles as Professor of Security, Leadership and Development at the African Leadership Centre, School of Global Affairs. Before rising to this prestigious office she has held since December 2017, the Nigerian-British scholar had worked in different capacities in Lagos, Pretoria, Nairobi and New York. In Nigeria, where she earned her first degree (B.Sc. Hons. in Political Science) from the University of Ife in 1984, Prof. Olonisakin worked as an assistant lecturer at the Department of Political Science, the University of Lagos between 1984-1986. After earning a master’s degree in War Studies from King’s College London in 1990, she stayed with the College as a research associate at the Centre for Defence Studies. Upon completing her doctoral degree in War Studies at King’s College London in 1996, Prof. Olonisakin spent some time as a research associate at the Institute for Strategic Studies, University of Pretoria, South Africa, before returning to her alma mater in London.

During what can only be described as a busy and illustrious career, Prof. Olonisakin has written and published extensively about peace and security, governance reform, women’s rights, and youth vulnerability and marginalization. She has authored and edited more than ten books on security and peace-keeping, contributed many chapters to books on the same subject, written and published numerous articles, developed policy papers, presented papers at numerous international conferences and has provided advisory and consultancy services to the United Nations (UN) on peace-keeping and peace-building initiatives. As a testament to the importance of her research and her outstanding qualities as an academic and practitioner, Prof. Olonisakin was appointed a member of the Advisory Group of Experts for the Review of UN Peacebuilding Architecture in 2015 by then UN Secretary-General, Ban Ki-Moon. Even now, she serves on several international advisory boards, including the Advisory Group of Experts for the UN Progress Study on Youth, Peace, and Security.

As a scholar, Prof. Olonisakin’s research focus—Peace and Conflict Studies—reflects an understanding of and commitment to the plight of Africans, especially in the twenty-first century, where a spate of civil wars has bedeviled the continent. Perhaps it is the fact that the beginning of her sojourn into an academic career coincided with a period (the 1990s) when civil wars were raging in Sierra Leone, Liberia and Sudan, which inspired her decision to commit her future to find lasting solutions to violent conflicts on the continent. Whichever was the case, Prof. Olonisakin’s unrelenting commitment to this task, over the years, has left no doubts as to the strength of her resolve and the adeptness of her skill in identifying the proper peace-making measures necessary to mitigate such conflicts. In this regard, she has been instrumental in identifying the fundamental issues behind the changing nature of peace and security in Africa. And her research is among the first to bring about a reconceptualization of peace-keeping as a viable measure for checking defiant intra-state conflicts.

Olonisakin’s time at the UN proved advantageous both for the international organization and the people at the receiving end of her innovative contributions. Her contributions to the UN peace-keeping modus-operandi in Africa are nothing short of revolutionary. Drawing from the experience of the Economic Community of West African States (ECOWAS)—as the first regional body to deploy a peace-keeping force to restore peace in a civil war—in Sierra Leone, Liberia, and Guinea Bissau, Prof. Olonisakin identified lessons for a UN co-deployment in such conflict setting. Similarly, her research into the UN peace-keeping operation in Sierra Leone produced the first inside account of a UN peace keeping operation. And the book generated from that research has become somewhat of an operational guide, as it has been widely disseminated among UN practitioners.

Acting on insight gained during her time in the United Nations, Prof. Olonisakin identified two important gaps in the UN intervention operations. First was the dearth of reliable data on the role of youths in the armed conflict situations the UN was involved in. The second was the shortage in women’s representation in the leadership of peace and security processes, despite the adoption by the UN Security Council of Resolution 1325, which pursued an increase in women’s participation. To that effect, she researched two emergent areas: youth, militancy and violence, and on women, peace and security. Her research on youth vulnerability and exclusion revealed inadequacies in the approach to education and youth development in Africa. Finding that Africa’s burgeoning youthful population (with a mean age of 19 years) was neither equipped nor poised to respond to the continent’s security and development challenges, the African Leadership Centre (ALC) was initiated in June 2010 as a collaboration between the Kings College London and the University of Nairobi, Kenya. The goal was to establish a trust that would support the training of the next generation of African scholars in peace and security studies. Hence, the overall impact of Prof Olonisakin’s research is evident, not only in the collaborations and policy outcomes she facilitated but also in grooming a community of next-generation scholars who would advance knowledge on these emerging research vacuums.

In recognition of her innovative and impactful contributions to promoting peace and security on the continent and beyond, Prof. Olufunmilayo Olonisakin has received numerous awards, a couple of which will be listed. In 2010 she was recognized with the Award for International Collaboration of the Year, at King’s College London, for her role in establishing the African Leadership Centre. She was also awarded the 2013-2015 Mellon Foundation Distinguished Scholar on Peace and Conflict at the University of Pretoria, South Africa. In 2015, she received the Award for Teaching Excellence at King’s College London. In 2016, she was appointed an Extra-Ordinary Professor by the University of Pretoria.

The decision to honor Prof. Oluwafunmilayo Olonisakin with a Doctor of Philosophy (honoris causa) is both timely and befitting of a scholar of such pedigree. As I congratulated the University of Pretoria, as if speaking on their behalf, I said they had taken a good decision to reward excellence, appreciate the brilliance, and recognize a solid and human global figure. I am proud to call her my Sister.

Share
Previous In Time Of Crisis: Civilian And Soldier
Next A Vision of Blood, Sweat And Tears