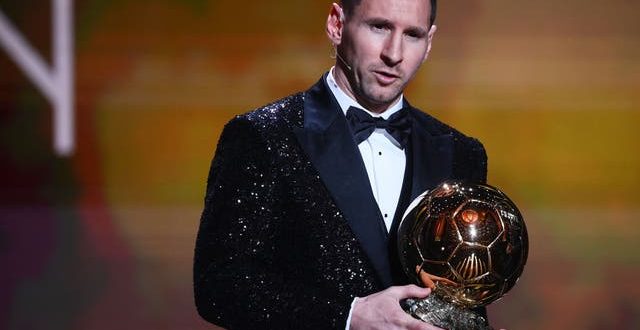 Lionel Messi has won the 2021 Ballon d’Or for a record seven times in a row.

Messi was announced as the winner of the men’s award at the prestigious awards ceremony held in Paris, France.

The Argentine forward defeated Robert Lewandowski and 30 other contenders on the list to clinch the prize.

The former Barcelona striker who moved to Paris Saint Germain earlier this year won the award after leading his national team, Argentina to win Copa America.