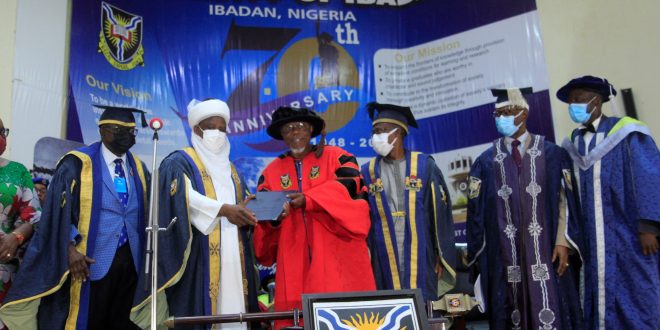 I have searched; I have attempted, and I conclude that there are not enough words to quantify how much Ibadan     the city of the brave and fierce     means to me. Yes, I did attempt to describe my love for and affinity to the city in my memoir, A Mouth Sweeter than Salt, but I have since acquiesced that Ibadan is that indescribable lover. It is valid to say this love and affinity can be likened to what everyone feels towards their city of birth and origin. However, for me, it is beyond that.

Ibadan is my place of birth; the city of my forebears; and the place where I was raised. What I am today has its roots in where I was born and the receptivity of the environment in which I grew up. It is what psychologists call the nature-nurture continuum. A wise man reminisces, and in reminiscing, he is able to tell how circumstances interwove to produce a unique turn of events. For decades, I have researched and produced papers and studies in history, and at the heart of my scholarly works is African history. I am deeply interested in African history, and that interest can be traced back to Ibadan. As breastmilk to a neonate, Ibadan was my first taste of Africa. Thus, at the mention of Ibadan, or whenever memories of Ibadan surface, a fountain of happiness and contentment surges in my heart, so much so that joy flows through my veins and touches a smile upon my lips.

Culturally rich, historically blessed, full of resplendent human resources—Ibadan—the city of the brave! To be born of Ibadan parents is to be doubly smart in human dealings. To be born of Ibadan parents, in Ibadan, is to be triply knowledgeable on how to navigate this world of humans. Fortified with thrice as much knowledge and smartness, I ventured into the world. But not until I had learned at the feet of my people. But to love Ibadan goes beyond having natal affiliations to the historical city. Spread like a terrestrial mat across seven hills, Ibadan is famous for its bravery and the intelligence and dexterity of its warriors. Military strength and prowess were at the heart of the dealings of Ibadan people in the past. From the very beginning, the rulers of old Ibadan were warriors who had to prove their superiority by the number of wars they had successfully led their charges to win.

The evolution of Ibadan is worthy of aesthetic praises in itself. Ibadan, at inception, was just scattered war camps on an unmarked forested territory. Lagelu, touted as the founding father of the now extensive city, only wanted a common ground for warriors from Ijebu, Ife, and Oyo. What started as a haven of defense rose to become one of pre-colonial Oyo Empire’s most respected and famous cities. Ibadan went to wars, and Ibadan won wars. Ibadan military gurus were known to specialize in the art of going to wars and winning them.

Miniature industrialization sprang up in some focal cities in Nigeria   Lagos, Kano, Ibadan, among others. With this miniature industrialization came amenities such as the railway, which strengthened the commercial and political importance of a city that was strictly a growing expanse of war camp settlements. Ibadan has greatly developed, and it is still developing. Three things are enviable about Ibadan: its large expanse of land that spreads so far; the boldness of Ibadan citizens to speak their minds, even at gunpoint; and the beauty of Ibadan’s historical aesthetics, better viewed from Layipo, which now houses Bower’s Tower.

The history of Oyo    as a region and then as a state    cannot be complete without the mention of Ibadan. Decades after the amalgamation of the Northern and Southern protectorates, there was the compartmentalization of the new Nigeria, resulting in the regional system of administration, which ran till the independence of the state. And, which other city in Western Nigeria would have become the regional capital, if not Ibadan? Ibadan was the regional capital of the Western region, from where the administration and development of the various extensions of the Western region took place. Today, we have Oyo, Osun, Ogun, Ekiti, Kwara, Delta, Edo, Lagos, and Ondo    states whose development started from the days of the Old Oyo region, when Ibadan was the center of administration and developmental policy-making. Ibadan is, today, the capital of Oyo State.

Self-actualization comes for different people in different ways. For many scholars, self-actualization comes from the continual recognition of their works and a commitment to lifelong learning. I am among such academics and scholars who see these two phenomena as a means of self-actualization. Thus, this should help you have an inkling of how thrilled I am to be receiving the Doctor of Letters degree from Nigeria’s premier university, the University of Ibadan, domiciled in the city of history. I have received several Doctor of Letters (Honoris Causa) degrees, but this one, from Ibadan, my City of Fame, is a degree for which I went into an academic sojourn. My life and times have been principally about histories    through studies, analyses, and extrapolations. And yet, another history is made as I am the University of Ibadan’s first graduate of the Doctor of Letters degree in the humanities. For this, I am grateful, and I am delighted to identify with one of the most prestigious universities in Africa and a citadel of learning for excellent and world-class education.

It feels amazing to be back home, to my City of Fame, and to receive this honor with the deepest gratitude to everyone who made this remarkable journey worth the while. I appreciate the support I received from the Provost and Deputy-Provost of the School of Postgraduate Studies, as well as my examiners and evaluators at various levels, and the Director of the Institute of African Studies. To those who facilitated the paperwork, payment of school fees, the assemblage of diplomas and essays, the heavy running around, I owe an enormous debt of gratitude to Professor Adeshina Afolayan and Mr. Wale Ghazal. Professor Ademola Dasylva, in his relentless promotion of the University of Ibadan and what it stands for, paid for the elegant academic gown. I am grateful for the invaluable guidance and encouragement I received; all these spurred me on and made this day possible.

There is the affection, joy and fulfillment that come with us as humans and the humanities. This degree and other awards are testaments to the richness and importance of the work I have done and continue to do as an historian. My affinity with the Ibadan School of History is equally significant. All these culminate in a climax of deeply-seated emotions that I will embalm and keep with me for as long as I breathe.

Again, I sincerely want to thank everyone who made this history-making occasion possible. Thank you all. 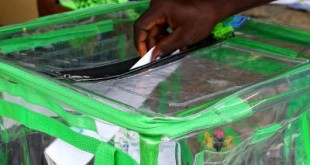