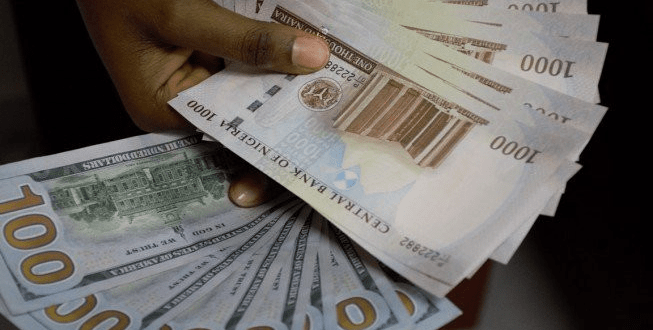 The naira has continued its gain against the dollar at the parallel market, closing at N530/$1 compared to N540 per dollar it was in the morning of Thursday.

The figure is N10 or 1.8 percent higher than the N540 it traded on Wednesday

According to street who patronized the forex markets in Lagos, the naira stood  at N530 and N540 to a dollar for buying and selling respectively.

The parallel market is not recognized by the Central Bank of Nigeria( CBN) as the official rate. The official naira rate is N414.73 to a dollar.

As part of the efforts of the CBN to prevent further slide of the naira, the apex bank stopped the sale of forex to Bureau De Change operators (BDCs).

The CBN said the BDC’s had turned themselves into “agents that facilitate graft and corrupt activities of people who seek illicit fund flow and money laundering in Nigeria”.

ABCON president, Aminu Gwadabe said the association had sent a request to CBN for an alternative forex window for them to handle diaspora remittances, capital imports and export proceeds, according to a report by Reuters.

“We are redefining our business model. Instead of dispensing central bank dollars, let us look at being a distributor of liquidity,” Reuters quoted Gwadabe as saying.

Share
Previous Soludo Celebrates Victory, Says It Reflects The Will of the People
Next Police Arrest 14 Suspects Linked To Invasion Of Odili’s Home