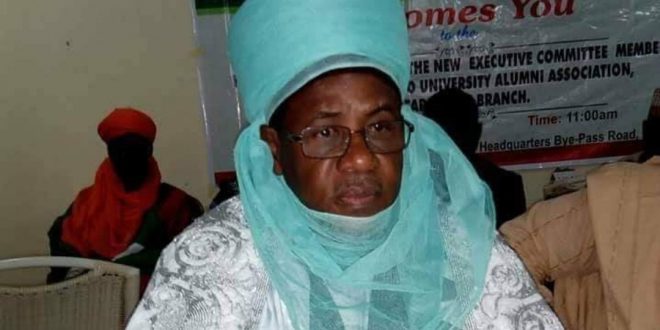 Suspected bandits abducted the Emir of Bungudu Hassan Atto, according to a relative of the victim, Ibrahim Bello. He confirmed the abduction to PREMIUM TIMES on Tuesday evening.

He said, “Yes, it’s true. He was kidnapped on the Kaduna-Abuja Road immediately after Olam Farm.”

He, however, did not give details of the abduction.

Atto was the Secretary to the Government of Zamfara State during Governor Abdulaziz Yari’s tenure before he was turbaned the Emir of Bungudu.