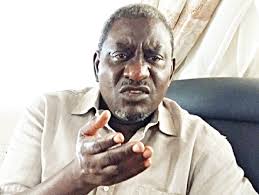 The Committee for the Defence of Human Rights, CDHR, has taken a swipe at the present administration led by General Mohammadu Buhari, (Rtd) urging that the need to give policies a human face that will foster unity amongst the citizenry is sacrosanct.

The group declared this in a communique signed by the National President, Dr Osagie Obayuwana, at the end of the meeting of the National Executive Committee (NEC) held over the weekend to address the state of the CDHR and the nation.

At the meeting, the CDHR condemned the recent unannounced hike in the pump price of petroleum across the country and sundry other misdemeanors being perpetrated under incumbent administration and enjoined government to swiftly embark on policies that will unite the visibly disintegrating nation

“NEC observed that even without a formal announcement, it has noticed that the       pump price of petrol has been increased to between N168 and N170 per litre.     The CDHR condemns in the strongest terms this insensitive step in view of the  spiral nature of the adverse consequences that will follow it, particularly on the       standard of living of the average family in Nigeria.

“It is doubly tragic that this increase comes simultaneously with another hike in   the tariff payable for electricity. Within the past few months, NEC observed that   the charges payable for electricity for the CDHR National Secretariat has more       than doubled, from an average of N22,000 per month to N49,000.

“We condemn the indifference to and connivance of the Buhari Government as      these anti people measures weigh down and crush the masses of our people.”

The group further berated the current wave of insecurity in the country and urged government to find an urgent truce.

“CDHR agrees with the National Assembly that no other evidence is required in   proof that the Nigerian State under President Muhammadu Buhari has not only     failed woefully, but has shown through a combination of lacklustre performance    characterised by incompetence and indifference, that the State under Buhari leadership cannot meet the fundamental purpose for which it was established-      to uphold the security and welfare of the Nigerian people.

“We affirm that the economic policies of the Buhari government by pauperizing    the masses on an ongoing basis directly and indirectly fuel insecurity, as they     engender acts of desperation on the part of the unemployed and impoverished     teeming population of youths, the pretences at insignificant palliatives       notwithstanding,” the communique stressed.

As a way forward, CDHR calls on the Buhari government to provide opportunities to all the idle hands in our country by embarking on an expanded public works and sanitation program, nationwide.

This, to the CDHR is the most eloquent and practical way of addressing the issues of insecurity and banditry.