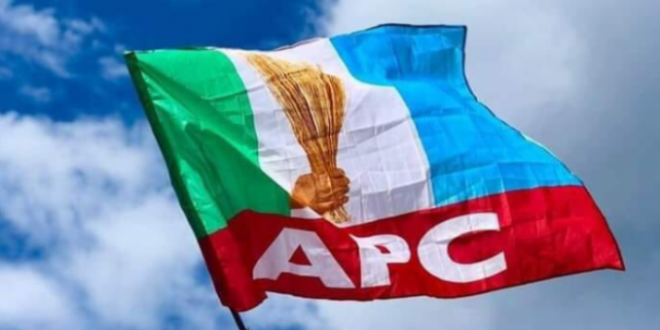 The Youth Alliance for Democratic Stability, (YADS), a youth wing of the All Progressives Congress, APC, has called for thoroughness in the new membership registration order by the leadership of the party, noting that information regarding the exercise scheduled to commence January 25 is still scanty.

YADS admonished the party hierarchy to be painstakingly thorough with the exercise and avoid any foul play that could rob the party of its bright chances in future elections by ensuring a foolproof exercise that will be fair to all.

Speaking after an emergency meeting in Ibadan, Oyo State capital weekend, the group noted that, though the party slated the exercise to commence in few days, there has been no clearly cut out modalities on how the exercise would go.

Briefing newsmen after the meeting, Secretary to the group, Kayode Ajayi, noted that for such a very important exercise kicking off soon, members ought to have been adequately acquainted with laid down rules and regulations by now.

He said the need to know the centres for registration, the format and requirements for the registration, ought to have been roundly circulated for an effective and all-inclusive exercise.

“Available information we have now is that there is going to be a new registration of members. We are still at loss as to how it will be carried out and why the exercise. These are questions that are begging for answers from the APC national secretariat: Are we going for a full-scale registration or is the exercise meant for new members and those that are recently constitutionally permitted to be members of a political party? What are the modalities for registration, the criteria and where are the centres for the exercise?

“These are germane information that we expect the Caretaker and Extra-ordinary Convention Planning Committee (CECPC), of the national secretariat to have thrown out and enlighten adequately upon, long before the commencement of the very important exercise,” Ajayi said.

YADS noted that the journey towards a transparent and honest congresses and the national convention, as assured by the party incumbent caretakers, can only be measured by the level of transparency they can put to bear in the pending registration exercise.

“We are sending a firm warning to our party that the bright chances awaiting the party in coming elections should not be muzzled on the altar of petty and parochial politicking. We should be cautious and be very painstaking in affairs that directly involve the generality of members, so we don’t by ourselves rescue defeat from the mouth of glaring victory,” YADS stressed.

The registration of new members and update of register of the APC has been slated to commence on Jan. 25, 2021.

The party said this in a recent New Year message to Nigerians, issued by John Akpanudoedehe, Secretary of its CECPC, in Abuja.

He said; “we have recognised the need for continued conflict resolution and have decided to vigorously pursue reconciliation on all fronts in order to emerge as a stronger party, ahead of the congresses and the 2023 general elections.

“Having got the approval for the party membership registration, CECPC is now set to undertake the exercise efficiently and effectively in a record time, beginning from Jan. 25,” he said.

Mr Akpanudoedehe added that the party’s CECPC was fully prepared to conduct total congresses at all levels, through a fair and transparent process of electing officials for its various organs.

This, he said, would culminate in the party’s national convention.

The CECPC secretary added that the committee was working to create a member-centered party structure that would guarantee full participation of all and accord privileges to strengthen APC members’ trust, beliefs and engagements in all its activities.

He further added that recognising that time was well against it, the CECPC was already doubling efforts to meet up with the tasks ahead of it in 2021.

Mr Akpanudoedehe stressed that the committee was rebuilding the party to strengthen democracy, assuring that its commitment to leading the process of political change in the country was unwavering.