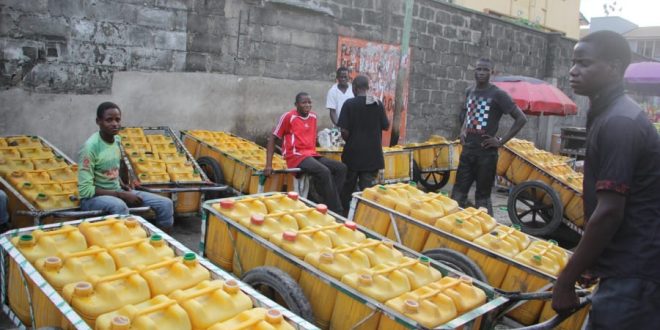 Away with the Death Sentence National Water Bill

September 12, 2020 Comments Off on Away with the Death Sentence National Water Bill 32 Views

On July 23, 2020 the bill titled “An Act to Establish a Regulatory Framework for the Water Resources Sector in Nigeria, Provide for the Equitable and Sustainable Development Management, Use and Conservation of Nigeria’s Surface Water and Ground Water Resources and for Related Matters” passed Second Reading at the House of Representatives. Unlike what it would seem it was set out to address, the Bill is now viewed as one that practically flings the doors open for corporations to take over Nigeria’s water resources.

This same Bill had generated a lot of controversy in 2018 when it was first introduced, with civil society and public outcry forcing the National assembly at the time to discard it. Two years on, the same bill has found its way back into the hallowed chambers, speedily scaled Second Reading and is now before the House Committee on Rules and Business.  One thing seems evident: The resurfacing of the Bill would seem to betray the fact that some individuals and groups somewhere with hidden motives are behind it.

In the last one-month, groups from across the entire strata of Nigerian society, from civil society to pan-cultural groups including Ohaneze and Afenifere have condemned the bill. Even Nobel laureate and Playwright, Professor Wole Soyinka has lent his voice to the campaign to be rid of the Bill.

The Bill as intended, evokes memories of the military era when draconian laws were imposed on Nigerians.

Section 1 which encourages comprehensive and equitable coverage of water supply and sanitation, including promoting public-private partnerships in delivery of water services”, is the first misstep of the Bill.

From France to Buenos Aires, India and Manila municipalities are taking back utilities from privatisers and putting them back to public control. Examples from across the globe counterdict the private water industry’s claim that they deliver on availability, accessibility, affordability, and infrastructural development.

Privatization of water has only led to price hikes, job losses, low quality water and shut offs. For vulnerable Nigerians who cannot pay, privatization will deny them a basic human right. It is therefore curious to know that privatization is the number one agenda in the Bill.

The report “Future Is Public” published by Amsterdam-based Transnational Institute (TNI) and released last December captured the failures of PPP globally and move by the cities to take back control of their water. In the report, as at the end of 2019 over 2400 cities in 58 countries have taken services including water back into public hands.

One of the most disturbing clauses in the Bill is Section 120.  The sinking of boreholes is criminalized in this section which also requires anyone who so desires to seek for license which ultimately must come from far away Abuja.

The section reads thus: “Subject to the provisions of this Act, no borehole driller, whether corporate or Individual shall commence borehole drilling business in Nigeria unless such driller has been issued a Water Well Driller’s Licence issued by the Commission.”.

Unfortunately, such recommendations do not conform with the United Nations (UN) Resolution of July 28, 2010 which stipulates that “the human right to water entitles everyone to sufficient, safe, acceptable, physically accessible and affordable water for personal and domestic use”.

In Nigeria citizens have resorted to self-help, including drilling of boreholes because they are victims of decades of government failure to take responsibility in guaranteeing universal access. Successive governments at state and federal levels carry huge baggage of debts on loans obtained from different multilateral organisations for water projects that are not implemented, thereby shirking their responsibility of providing public water.

Also, the Bill gives the government at the center powers to take over the roles of state and control of their water resources with the establishment of a Commission that is not subject to the directives or control of any authority.

The above are good enough reasons why the National Assembly should not pass this bill.

In charting the way out of the current water crisis in the country, the Our Water Our Right Coalition made some recommendations in the book titled Lagos Water Crisis: Alternative Roadmap to Water Sector that are worth adopting.

Though the proposal in the document targets Lagos, it is instructive that the government at the center could also learn from its recommendations. It particularly suggests that government at all level must shun water privatization and instead embark on real solutions like increase in  budgetary allocations to the water sector, integration of broad public participation in developing plans to  achieve  universal access to clean water, promotion of good governance practices and eliminate corruption in the water sector. Any Bill that does not take these recommendations into consideration cannot and will not guarantee universal access.