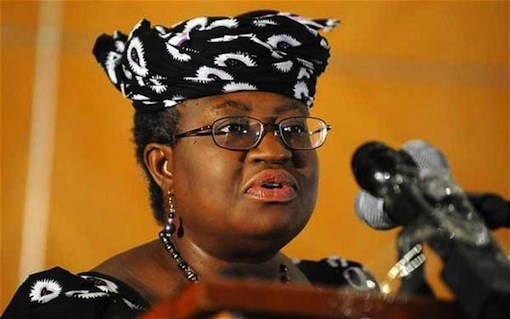 A former director, Office of Global Development Alliances at the US Agency for International Development (USAID), Daniel Runde, has backed Dr. Ngozi Okonjo-Iweala for the director-general position of the World Trade Organisation (WTO).

Okonjo-Iweala, who is the chair of the Global Alliance for Vaccines and Immunization (GAVI), is up against seven other candidates from Mexico, Egypt, Moldova, Republic of Korea, Kenya, UK and Saudi Arabia.

The position became open for nominations after Roberto Azevêdo, WTO’s current DG, announced his decision to step down in May.

Runde also urged the United States of America to back her candidature.

While acknowledging the expertise of the other candidates, Runde, who cited a number of reasons other contenders may not get the nomination, said Okonjo-Iweala is the best person for the US to support, considering her vast experience in trade relations.

Runde, who is the director of the Project on Prosperity and Development, Center for Strategic and International Studies (CSIS), said, “For a variety of reasons, the best candidate for the U.S. to support would be Dr. Ngozi Okonjo-Iweala. Considering the complexity of current global trade relations and difficult reform work that the next Director General will have to oversee, it is essential that the candidate have skills that go beyond a working knowledge of trade issues and protocols and extend into coalition building.

“The candidate should be a person of stature, with a large rolodex, who is seen as an honest broker and dealmaker. A demonstrated track record of reform is a must, as well as the ability to rally others around a reform agenda. It has been noted that the WTO should not be thought of as needing saving, but that it does need someone with gravitas and political power who can have hard, honest conversations with global leaders.

“Dr. Ngozi Okonjo-Iweala meets these criteria. She has considerable stature in the multilateral world, having been the Managing Director of Operations at the World Bank and a current member of the External Advisory Board of the IMF. Second, she has history of reform, having led the charge against corruption during her second term as Nigeria’s Minister of Finance and having successfully implemented the GIFMIS (Government Integrated Financial Management Information System). Finally, she has proven her ability in making tough deals, including spearheading negotiations with the Paris Club of Creditors that led to the wiping out of $30 billion of Nigeria’s debt.

“If Ngozi Okonjo-Iweala was the only African in this race, member states would not hesitate to nominate her as the next Director General. However, she is one of three African candidates, and this has made the situation more complicated.”

He added that the US interest in promoting its businesses through the Prosper Africa initiative, among other reasons, should steer it towards supporting the former minister.

The nomination period for the 2020 DG selection process ended on July 8, and the second phase of the process in which the candidates present themselves to members will end on September 7.

Okonjo-Iweala addressed WTO members in Geneva on July 15 and listed various reforms she hopes to push for if elected to the position.

The next phase of consultations to determine the best candidate will begin after September 7, 2020.