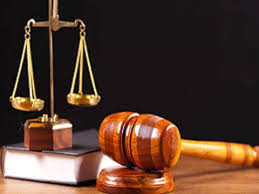 Share
The Independent Corrupt Practices and Other Related Offences Commission (ICPC) has secured one year jail term against a former Director Finance of the Niger Delta Ministry, Mr. Ayinla Abibu, for N60 million fraud.
ICPC spokesperson,  Azuka Ogugua,  in a statement explained that a Federal Capital Territory (FCT) High Court, sentenced Abibu to one-year imprisonment as well as the forfeiture of two plots of land in Kubwa and Bwari of Abuja.
According to her,  “The convict was charged by or embezzling the sum of N60 Million from the federal government through the use of a front company, Zeocat Nigeria Limited, in March, 2014.
“Abibu was charged by the Commission before Hon Justice Olukayode Adeniyi for defrauding the federal government in collusion with a former Principal Accountant in the Ministry, Mr. Kabiru Poloma, by fraudulently withdrawing money from the Constituency Project account of the Ministry domiciled in the Central Bank of Nigeria (CBN).

“The 60-year-old convict was said to have used the proceeds of the fraud to acquire a house in Ogbomosho, Oyo state and plots of land in Kubwa and Bwari of the Federal Capital Territory Abuja.”

“The ICPC Counsel, Mr. George Lawal, while conceding the powers of sentence to the Court, stated that the grievous nature of the crime committed by the convict demanded that he should be punished accordingly. Lawal argued that a lesser sentence might fail to serve as a deterrent to would-be-offenders.

“In the circumstances, it is only fair that restitution be made in equal value of what was taken. This will send a clear message that crime does not pay”.