May 27, 2020 Comments Off on Consult Nigerians Before Deciding for Them”, CSOs tell F.G on Recovered Assets Spending 16 Views

Panelists at the inaugural edition of the “Abim Talks” series, themed: “Nigeria’s Recovered Loots: A Win for Nigerians?”, an initiative of Ms. Abimbola Junaid, (a development practitioner and a parliamentary aide at the UK parliament), have called for national debates to ensure that the Federal Government prioritizes the true needs of Nigerians at all times including the spending of recovered stolen funds.

The panelists at the interactive conference were:

In his presentation, Rafsanjani indicated that contrary to popular belief, funds recovered within Nigeria exceed repatriated funds, but the existing legal framework makes the process of recovery lack accountability.

“The government has decided not to consult whereas during the military era, there were national debates conducted, the I.M.F loan for example, but we have since observed that under a democracy, we do not have a national conversation about these crucial matters. This has reflected in the specific projects agreed under the terms of the recently repatriated funds in May 2020, which include expediting the construction of the three major infrastructure projects across Nigeria, namely- Lagos, Ibadan- Expressway, Abuja – Kano Expressway and the Second Niger Bridge, leading to double spending on projects already provided for in the budget”.

Delving deeper, the Co-founder of BudgIT, Seun Onigbinde, lamented the absence of a framework that clearly defines how the Federal Government spends the recovered loot, which then makes urgent the call to fast-track the passage of the long awaited POCMA Bill at the national assembly.

According to him, “restructuring the country’s education, health and social structures is priority, not roads”. He further called for inter-generational accountability as a requirement for improving public trust in government’s handling of recovered funds. “What I want to see more is purpose in the use of the funds. We need more participation from civil society to make it more diverse and strengthen the legitimacy of the process”.

On her part, Dr. Abiola Akiode, the Chair of Transition Monitoring Group (TMG) and Executive Director of Women Advocacy Research and Documentation (WARDC), stressed the need to apply global principles based on the Sustainable Development Goals, in ensuring that recovered funds are channeled towards addressing the most basic needs of Nigerians.

She also observed the failure of successive governments to produce gender sensitive budgets despite glaring indicators of an unfair imbalance against women and girls, as seen in the increase in gender-based violence during the ongoing Covid-19 pandemic.

Mr. Soji Apampa, Founder of Integrity Organization, observed the impact of press ownership and control on efforts to recover and properly utilize recovered loots. He cited instances of journalists who carried out extensive investigations on corruption only to have their work stepped down by editors in order to protect culpable persons.

Apampa further lamented: “The system is rigged so that money bags sponsor political activities and patronage holds sway. Accountability is broken from the beginning thus leaving citizens lethargic in active citizenship and the demand for accountability in the social contract between them and the elected.

In responding to questions on the general attitude to the Anti-Graft war, the Executive Director of CISLAC, Auwal Rafsanjani, noted that although fighting corruption has become state policy and there seems to be the political will, how it translates into reality is yet another matter.

He further expressed concerns on Nigeria’s public procurement laws and government disregard for the rule of law: “This is also corruption. People under investigation are given political access and this is unfortunate. We must discourage looters from being the role models of our young people”.

Summarizing the discourse at the end of the zoom meeting, the convener and host Ms. Abimbola Junaid highlighted the salient points: “the loots of Nigerians shouldn’t be a question of if it will be used for the needs of all Nigerians both men and women, but sadly it is so.  There is no trust, transparency or accountability from the government, and this has brought about the mistrust. The true win for Nigerians and all, will be safeguarding the commonwealth of the nation such that the coffers are watertight, and the commonwealth is not laundered abroad by powers that be”.

Ms. Junaid further said “it is pertinent that international partners, agencies and governments involved in these negotiations demand ‘evidence based’ citizen’s participation and needs assessments to ensure transparency and gender impact across board.

Ms. Junaid’s sign off was that the quest for a better Nigeria is a collective one and not that of the government or leaders alone. All citizens must shun corrupt practices so that we can hold the government accountable.

The “Abim Talks” series is an ongoing development discourse on pertinent issues of public interest and open to all.  It prides itself by the erudite panelists that leave no stone upturned in providing valuable insights on the theme under focus. 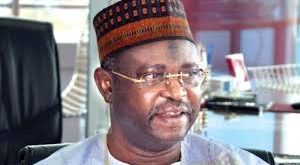 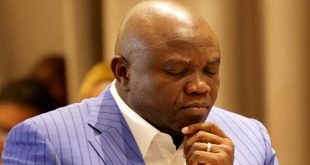 *Ambode, Dabiri-Erewa, others in the race   There are indications that moves to succeed the …