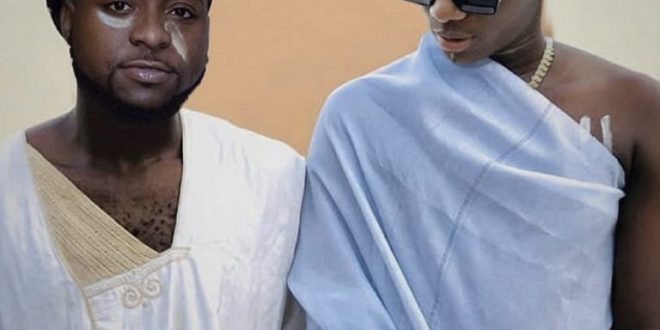 David Adeleke, better known as Davido has once again lived up to his special status as  Omo Babalawo as he gifted a fan a whopping sum of One Million Naira(N1,000,000) for making his picture go viral

On Friday, Davido had announced that his next album titled – “A Better Time” will be released in July and Burna Boy in a now-deleted Instagram post appears to throw shade at the latter saying July will be funny.

Apparently, Davido was not happy with the post and as a way of retaliating he posted a picture of himself and Wizkid and described it as “the 2 greatest of all time”. The photoshop image was created by a fan and without wasting time, he reached out to the fan and wired him N1,000,000.

In a new video posted this morning, the fan and mother were full of gratitude and praise of Davido.

Your glory will shine because of the awesome,
GRACE and POWER of OLORUN OBA!
May you continue to enjoy IFOKANBALE,
In Jesus' Name. Amen. @ayofrica1 pic.twitter.com/DXu03nz8G7