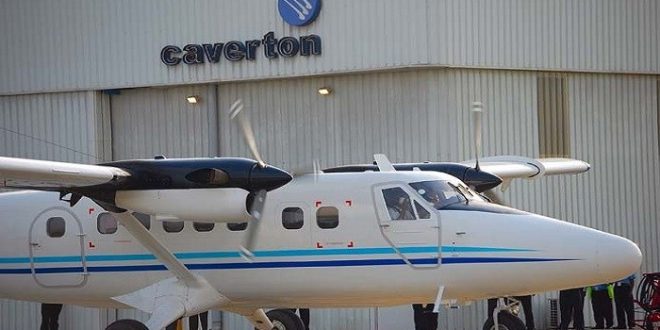 Caverton Off the Hook as Rivers Withdraws Charges Against Two Pilots, 10 Passengers

1 week ago Comments Off on Caverton Off the Hook as Rivers Withdraws Charges Against Two Pilots, 10 Passengers 13 Views

Caverton Helicopters Limited is finally off the hook in its battle with the Rivers State government led by Gov Nyesom Wike.

This is because the court in Port Harcourt on Tuesday, May 19, 2020 struck out the case against the two pilots and 10 passengers. This is contained in a statement signed by the Rivers State Commissioner of Information and Communications, Paulinus Msirim.

The statement read: “The Rivers State Government through the Honourable Attorney-General has withdrawn and discontinued the two separate charges ( PMC/532C/2020 and PMC/533C/2020) preferred against the two pilots of Caverton Helicopters Ltd and the 10 passengers on board before the Port Harcourt Chief Magistrates’ Court.

”Consequently, the presiding Chief Magistrate, D. D Ihua-Maduenyi has struck out the two charges and discharged all the defendants.”

This ends the saga that began on April 7, 2020, when the governor led the task force to arrest the two pilots and 10 passengers at the Nigerian Air Force Base where the chopper landed.

The arrest, detention, and prosecution, all in one day, shook the business community around the country, especially the oil industry. The detainees were not eventually taken to the prison but to a government-owned hotel in the state capital.

The reactions and condemnations rather seemed to infuriate the governor who shut down Caverton offices in the state. The company said they had permit from the federal government and this was backed by the minister of aviation, Hadi Sirika. Wike however said if they had permit to fly, he did not give them permit to step into Rivers soil.

The governor was to later tell newsmen in Government House that the CEO of Caverton had pleaded for leniency and promised such would not happen again. He waved a letter of apology he said he extracted from Caverton.

Thereafter, the detainees were freed. Now, the case has been withdrawn. 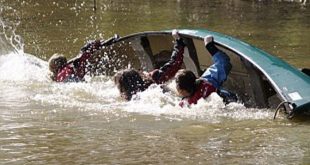 About 15 people were killed in an overcrowded canoe mishap at Gwaskaram village, in Bauchi …