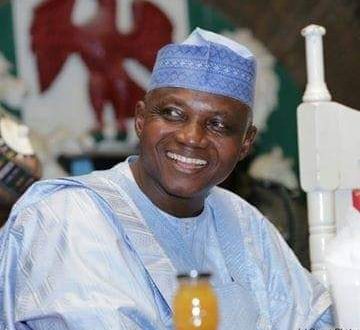 The Presidency on Wednesday said its inclusion of Mambilla Power among the projects the recently repatriated $311m Abacha loot would be spent on was an error.

Mallam Garba Shehu, senior special assistant to the president on media and publicity made this clarification in a statement.

He said,”In an earlier statement, I had mistakenly noted that the Mambilla was one of five priority projects to benefit from the $311 million Abacha loot under the Presidential Infrastructure Development Fund (PIDF) managed by the Nigeria Sovereign Investment Authority (NSIA). That error is regretted.”

He added, “although the Mambilla and East-West expressway are regarded under the PIDF as priority projects, I have ascertained that they are exempt from the agreement signed between the Nigerian, United States and British territory of Jersey governments.

Shehu disclosed that “according to the document, only the second Niger bridge, Abuja-Kaduna-Kano expressway, and Lagos-Ibadan expressway will benefit from the repatriated funds. The funds are domiciled in the NSIA.”

Shehu urged all print and online media to take note of this correction and make the necessary adjustments to their previous publications on the issue.