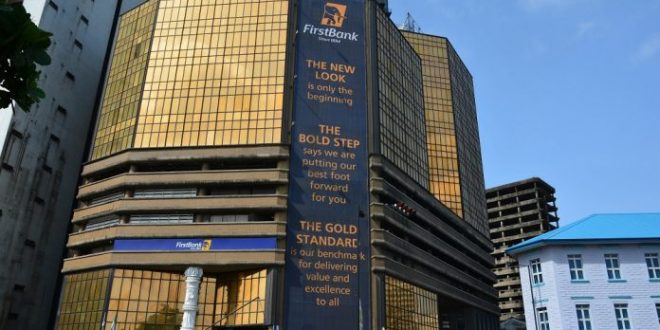 4 weeks ago Comments Off on FirstBank to Merge with Heritage Bank, Polaris Bank 38 Views

Nigeria will soon witness an­other round of merger and acquisition in the banking sector as financial advisers are putting finishing touches to a merger arrangement be­tween First Bank of Nigeria, Heritage Bank and Polaris Bank.

According to Daily Inde­pendent, both Polaris and Heritage banks have been looking for a worthy bank to do busi­ness with as they have been told by the apex bank, the Cen­tral Bank of Nigeria (CBN), after a round of stress test in banks last year to shape up or lose their licence.

The source also informed that these three entities are vigorously pursuing the merger and acquisition talks across all available means.

It will be recalled  that Polaris Bank, formerly known as Skye Bank, is currently under the Asset Management Corpora­tion of Nigeria (AMCON) and has been up for sale since it became a bridge bank in 2018.

The CBN had stated in Oc­tober last year that seven com­mercial banks in the country failed stress test in adequate funding at the end of 2018.

In a financial stability re­port published by the bank, it was revealed that in less than 30-day period analysis, seven Nigerian banks were not ad­equately funded, while in the 31-90 days bucket, nine banks had funding gaps.

Overall, the cumulative po­sition for the industry showed an excess of N4.8 trillion as­sets over liabilities.

The banking regulator, however, did not mention the names of the seven of the banks but it privately in­formed the affected banks to look into the possibility of merger and acquisition to prevent a total collapse.