While the Nigerian Maritime Administration and Safety Agency (NIMASA) was celebrating newly enacted Government’s Anti-Piracy Act towards stemming criminality on Nigerian waters, 10 out of 24 multinational crew in a tanker, ALPINE PENELOPE  were kidnapped while sailing to Lagos.

The ship was under way after drifting in South direction for some 10 hours or more; and was steaming towards Lagos, with no visible security or navy presence, nearby.

According to Dryad Global report, officer on watch have identified two armed men on board, and no further details regarding the nature of weapons or actions further taken, besides the fact that the Crew includes Georgian, Filipino and Ukrainian nationalities.

It was however learnt that once the tanker was boarded, the SSAS was activated, and shortly after that, all communications were lost.

There has since been no Automatic Identification System (AIS) since then, just as they did in the case with MAERSK TEMA container ship last week, which was similarly waylay in the absence of navy/security ships /boats in sight.

The ALPINE PENELOPE was en route from Netherlands to Lagos, and should most likely be loaded.

This was revealed in Lagos at the annual Strategic Admiralty Law Seminar for Judges put together by the Nigerian Institute of Advanced Legal Studies (NIALS) and the Nigerian Maritime Administration and Safety Agency (NIMASA).

The theme of the conference was, “Suppression of Piracy and Other Maritime Offences (SPOMO) Act, 2019: Key to Accelerating and Achieving Safe and Secure Shipping in Nigeria”. It was meant to sensitise judicial sector actors on the import of the antipiracy law.

Speaking at the opening ceremony, the Directors-General of NIMASA and NIALS, Dr. Dakuku Peterside and Professor Mohammed Tawfiq Ladan, respectively, emphasised the need for unencumbered implementation of the law, and they called for cooperation among the enforcement agencies, stressing the stringent penalties that await maritime criminals in Nigeria.

Dakuku noted that there was now a robust framework for the criminalisation and punishment of piracy and other maritime crimes in Nigeria and the Gulf of Guinea.

He highlighted that the seminar would afford the Judiciary and the Agency a unique opportunity to dialogue on issues of mutual importance, particularly, the sensitisation of judges on contemporary maritime law issues both within and outside the Nigerian jurisdiction.

The seminar was previously meant for Judges of the Federal High Court, Court of Appeal, and High Courts of the littoral states. But this year, the scope of participation was further enlarged to include law enforcement agencies.

Dakuku stated, “With the world’s waters accounting for over 80 per cent of transportation requirements in the global trading supply chain network across established international routes and trade lanes, the threats of piracy, armed robbery at sea and other maritime crimes have been an issue of global concern.

“The Gulf of Guinea, sadly, had been at the epicentre of maritime security discussions globally, given the incidents recorded in the region. The challenge of maritime insecurity in the region had been further compounded by a deficit of legislation to address the challenge.” He said the SPOMO Act had addressed that challenge.

The Director-General said the theme of the seminar was carefully selected to facilitate an understanding of the Suppression of Piracy and Other Maritime Offences Act and the collaborative mechanisms between the Judiciary and enforcement agencies in the implementation of the Act.

“At the end, it is expected that there would be enhanced knowledge of participants in areas of the core mandate of NIMASA, heightened awareness on the provisions of the Suppression of Piracy and Other Maritime Offences Act and its enforceability, assessment of the standard operating procedures in tackling maritime crimes and the gaps and options for improvement and reform,” he stated.

On his part, the Director-General of NIALS, Ladan, said with the Nigerian economy generating more than 70 per cent of seaborne trade in West Africa, the country and region will prosper if the seas were safe for investment and commerce. 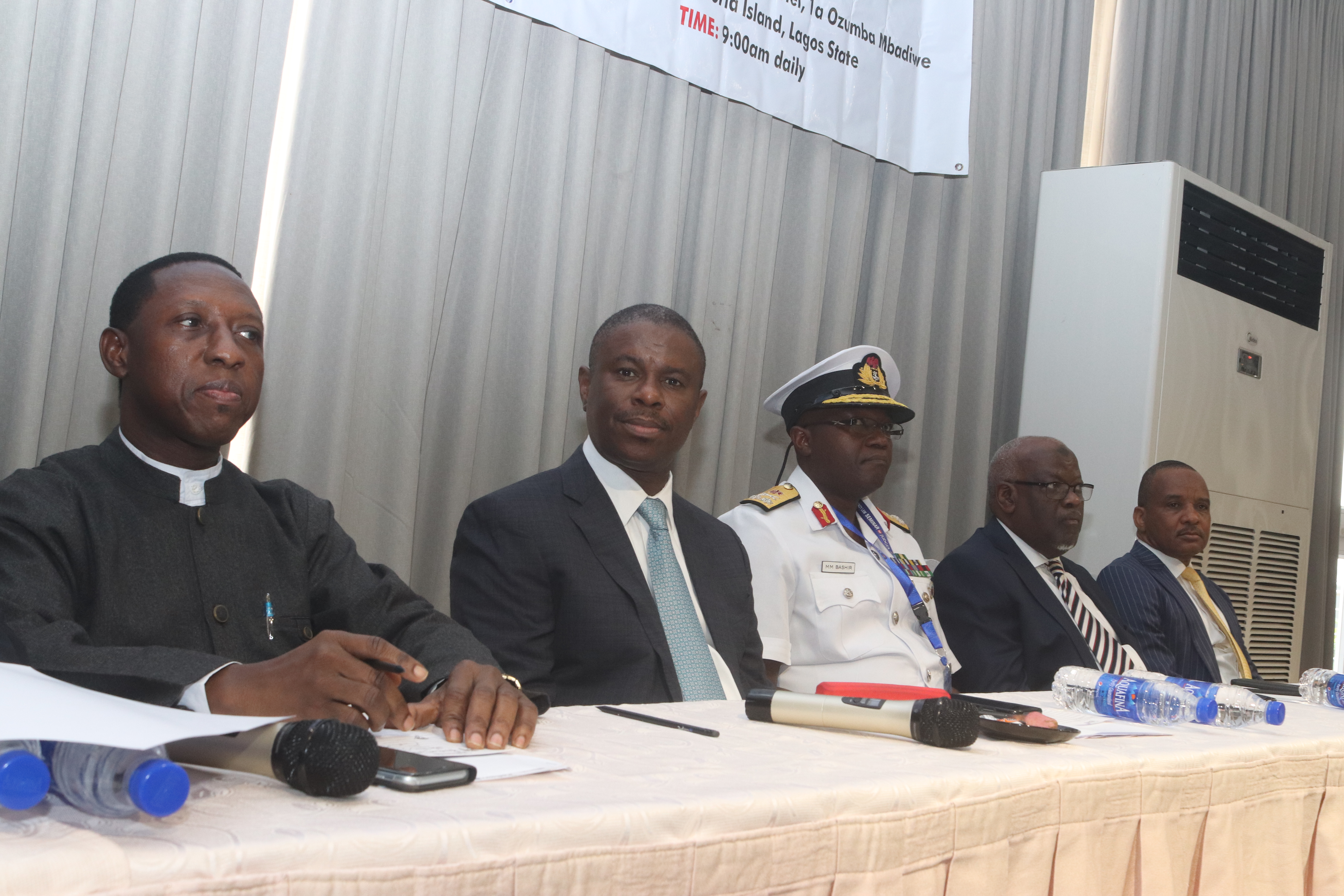 According to Ladan, “Through this strategic maritime law seminar, we wish to enhance the capacity of, and remind our, Justice sector actors that we will all prosper when the seas around us are safe, secure and free for all to use and exploit natural resources, promote trade and investment, tourism, marine science and technology, maritime transport, infrastructure development, and fisheries.”

He said, “Through this seminar we hope to build greater understanding of the common challenges of maritime safety and security and how the SPOMO Act 2019 seeks to promote synergy among justice sector actors (judges, prosecutors, anti-corruption agencies, security and law enforcement agencies) to effectively respond to the multiple challenges earlier highlighted.”

President Muhammadu Buhari had signed the SPOMO Act into law on June 24, 2019. The law aims to tackle the menace of piracy and armed robbery on the country’s waters and exclusive economic zone with a strong and specific legal instrument that prescribes punishment for offenders and deters criminal elements. It is the first standalone antipiracy law in the Gulf of Guinea region.

The Act prescribes jail terms of between 15 years and life, and fines from N50 million to N500 million for individuals and corporate organisations convicted for maritime offences.

An industry watcher who spoke on conditions of anonymity observed that while the Act may serve as a sufficient deterrent, the Act on its own would sadly remain, grossly incapable of deterring or reducing piracy.

“The Act is praiseworthy. But I know that on its own, it would be grossly incapable of stopping piracy.

“Besides, you would need to arrest them first, before you can unleash the full wrath of the law on them”, he reasoned further, stressing that the most effective solutions to piracy is finding jobs for those forced into crimes, by hunger. The Maritime Reporters’ Association of Nigeria (MARAN), has raised an alarm over how a Presidential …