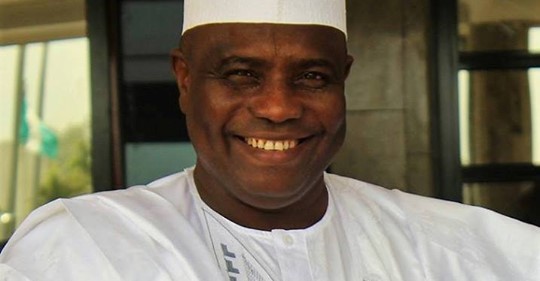 He emerged top and favourite of majority of governors elected under the umbrella of the PDP, the main opposition party in Nigeria.
Tambuwal,  was unanimously chosen by his colleagues at the ongoing National Executive Council (NEC) meeting of the main opposition party in Abuja.
He replaces the outgoing governor of Bayelsa State, Seriake Dickson whose tenure will elapse on February 3.
Dickson was, however, conspicuously absent at the NEC meeting.
There was no election conducted to choose Tambuwal as the chairman of the PDP Governors Forum, his colleagues unanimously resolved and appointed him as their chairman.
In his acceptance speech, Tambuwal pledged to run an inclusive administration and to move the party forward.