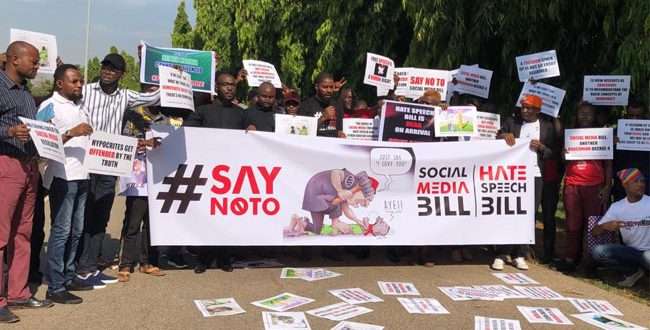 Civil society groups on Wednesday protested against the proposed Hate Speech Bill, Social Media Bill and also demanded the immediate release of Mr. Omoyele Sowore who has been in the custody of the Department of State Services despite being granted bail by the court.

Protesters stormed the National Assembly in their numbers early on Wednesday, many bearing placards and banners with “#SAY NO TO SOCIAL MEDIA BILL” and “#SAY NO TO HATE SPEECH BILL” boldly inscribed on them. 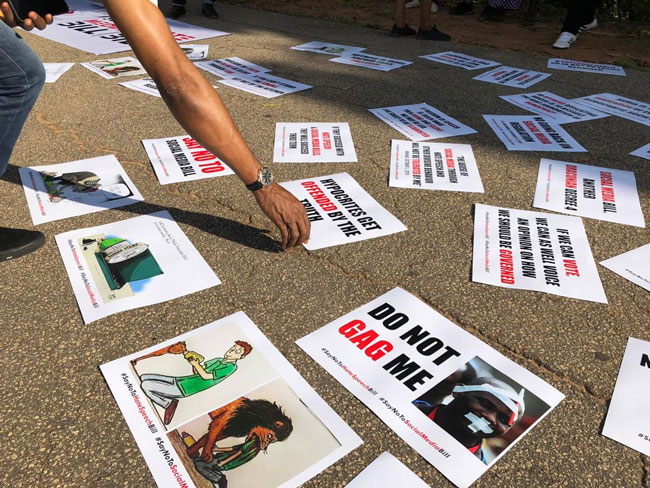 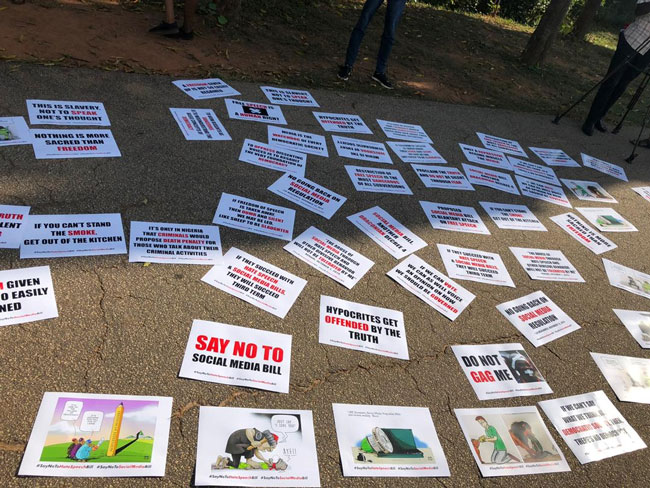 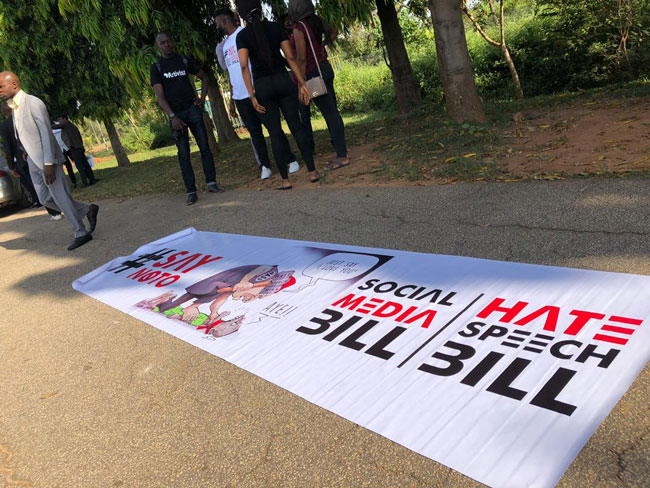 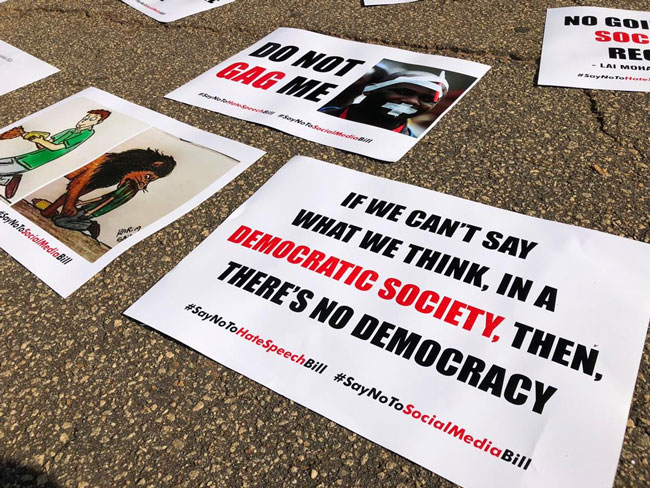 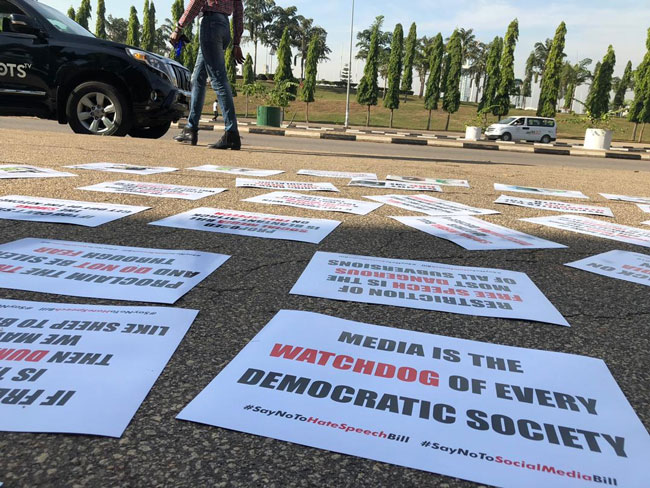 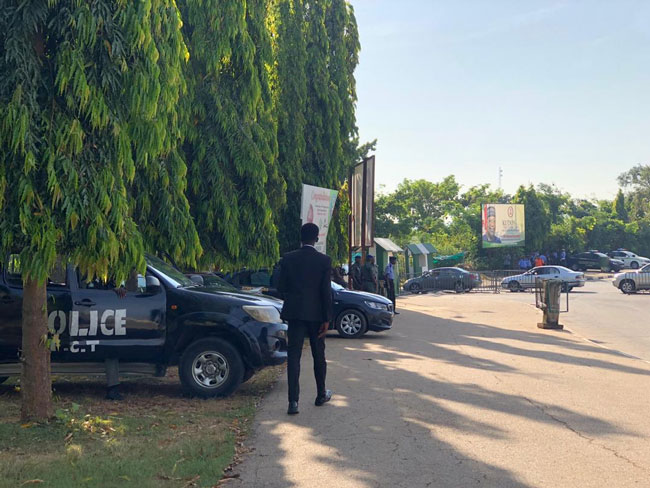 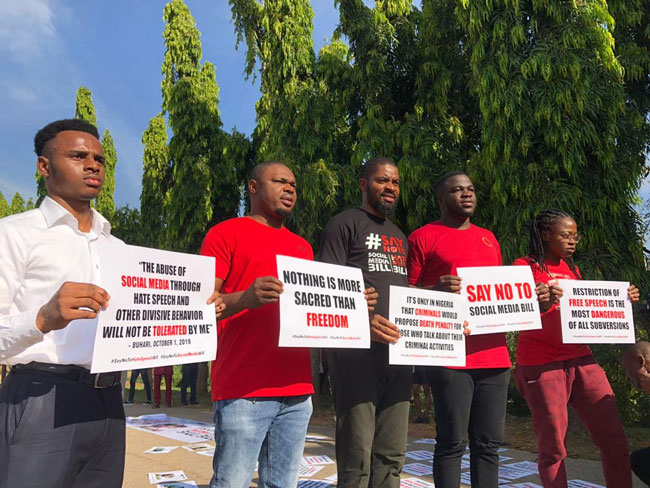 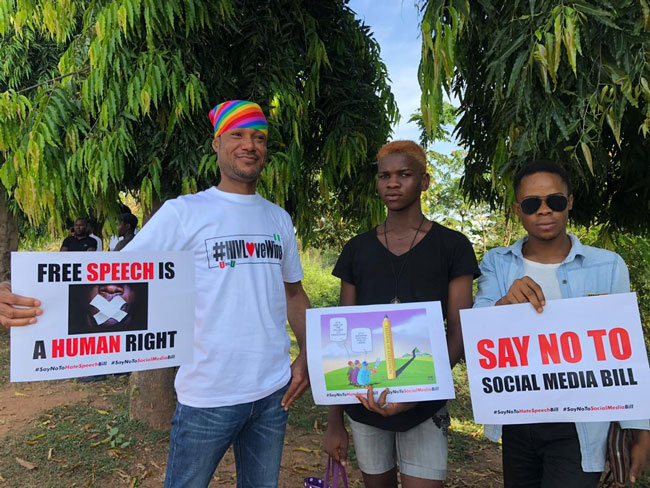 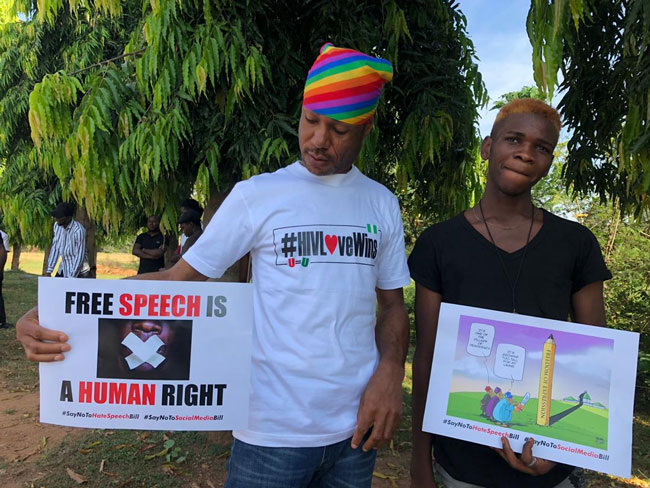 A bill to set up a commission for the prohibition of hate speeches was introduced on the floor of the Senate earlier in the month.

The Bill which is sponsored by the former Senate spokesman, Senator Abdullahi Sabi, was listed on the order paper and has passed first reading on Tuesday, November 12.

According to the lawmakers, the object and purpose for which the Commission is established eliminate all forms of hate speeches in Nigeria, and to advise the Government of the Federal Republic of Nigeria on all aspects thereof.

The Protection from Internet Falsehood and Manipulations Bill which is also known as the Social Media Bill passed the second reading in the Senate on Wednesday, November 20.

The bill passed second reading with support from a majority of the Senate.

This was despite opposition to the proposed legislation by Nigerian citizens who are of the opinion that the bill seeks to fight free speech.

During the debate, only one lawmaker, Senator Chimaroke Nnamani opposed the bill.

He argued that there is legislation in the country namely the Cyber Crimes Act which addresses internet falsehood.

The Senate, however, directed its committee on the judiciary to work on the bill and return in four weeks.

Share
Previous Afenifere Warns Against Anarchy in Oyo, Nigeria
Next Song Theft: Blackface Apologises To 2Baba, Settle Out Of Court