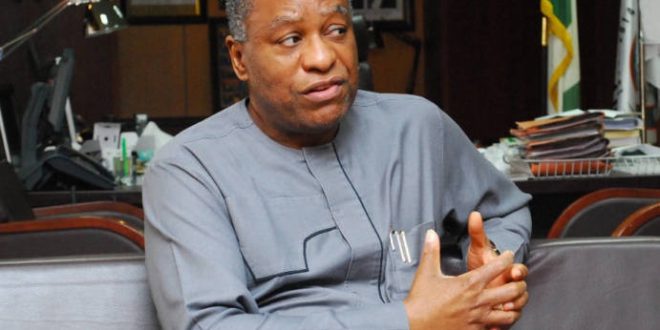 ‘Warehouses Along The Border Must Be Dismantled’: FG Gives Conditions For Reopening Borders

November 4, 2019 Comments Off on ‘Warehouses Along The Border Must Be Dismantled’: FG Gives Conditions For Reopening Borders 51 Views

The Federal Government on Monday gave conditions that ECOWAS countries have to meet for Nigeria to reopen its borders.

Minister of Foreign Affairs, Mr Geoffrey Onyeama, gave the conditions related to the movement of goods and persons during the Inter-Ministerial Committee on the Temporary Partial Closure of Land Borders in Abuja on Monday.

The conditions include respect for the rules of origins with regard to the movement of goods and shutting down warehouses along the border.

“We absolutely insist on the dismantling of all the warehouses along our common borders,” Onyeama told journalists in Nigeria’s capital, Abuja.

“No longer will we accept anybody coming into the country through land borders with anything other than recognised”.

The conditions which come months after Nigeria shut its borders with Benin and Niger, citing massive smuggling activities, especially of rice, taking place on that corridor, will be presented to the countries in two weeks, according to the Minister.

Apart from demanding the dismantling of warehouses, the Federal Government is also going tough on the repackaging of imported goods to pass them as local ones (from ECOWAS countries).

Onyeama said, “On the transportation of goods within ECOWAS and across borders, we will now insist on proper recognised packaging of those goods.

“No longer will we have goods, you know, of all shapes and sizes just going through the borders. We are going to have accepted conditions for the packaging of goods that will be transported by road across our borders.”

The accepted conditions include respecting the rules of origin. This, according to the Minister, will help prevent dumping of goods in Nigeria.

“(For) Goods predominantly produced in ECOWAS member states, the rules of origin must be satisfied. So, we have to avoid any possibility of dumping,” he said.

“If goods are produced in ECOWAS member states, those goods must be majorly produced in those states. If they are coming from outside ECOWAS, the value addition made by an ECOWAS country must be over 50 percent.”