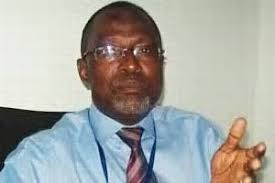 Managing Director, Nigerian Airspace Management Agency NAMA, Capt Fola Akinkuotu says the agency has concluded plans to employ more Air Traffic Controllers to reduce the stress being encountered by ATC in the discharge of their duties.

Speaking at the 48th Annual General meeting of NATCA in Kano, Captain Akinkuotu who was represented by the Director of operations Mr Patrick Lawrence Pwajok explained that the agency was working tirelessly to improve the welfare of workers and upgrade of facilities for optimal performance.

Akinkuotu explained that NAMA was in the process of commencing multilateration in the Gulf of Guinea in order to capture low level aircraft in that region.

Akinkuotu commended the minister for the successes recorded globally and thanked the President Buhari for the approval of N10b for the Enugu Airport rehabilitation saying that navigational facilities have been improved upon.

Agoro enumerated problems faced to include acute shortage of critical manpower, acquisition of new surveillance system and upgrade of present TRACON system to serve as back up and to address the dearth of special fund for ATC training

Others problems according to NATCA include the epileptic and unreliable communication equipment and the belated lingering approval of ATC new scheme of service to address the perpetual misunderstanding and unnecessary frictions capable of jeopardising the work between ATCs and others.

He said NATCA being mindful of the enormous responsibilities placed on its shoulders including the invaluable contribution to the growth and development of the Nigeria’s air navigation system through the provision of qualitative and unparallel air traffic control services.

According to him, there was need to consolidate the much needed synergy between Pilots and ATCs in order to further improve safety of the flying public.

He appreciated the contributions and efforts of the minister of Aviation in changing the face of aviation in the country and management of NAMA for carrying the workers along.

Share
Previous Nigerian MBA Holder Jailed For Six Years in US For Cyber Fraud
Next My Life Is Under Threat, I Want To Refund Your Money – Duncan Mighty Tells Okorocha