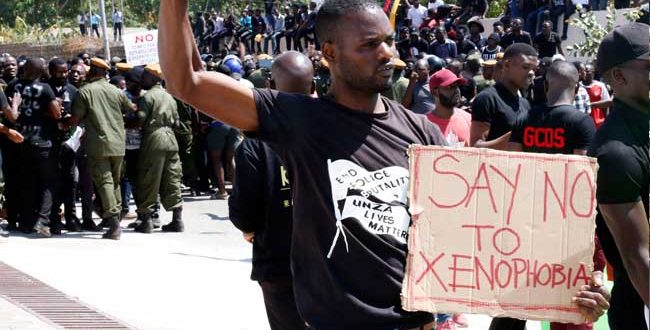 South Africans living in Mpumalamga province have attacked Nigerians in a fresh wave of xenophobic violence.

Channels Television correspondent in South Africa reports that further information concerning the attack is still sketchy as the crew is on its way to the province for details.

The leadership of Nigerian Citizens In South Africa (NICASA) and Nigeria’s Consular General to South Africa are also on their way to Witbank in Mpumalanga province to gather more information on the attack.

This fresh attack comes a few weeks after President Muhammadu Buhari visited South Africa and called for the protection of Nigerians and other foreign nationals living in the country.

Buhari during the visit also condemned the xenophobic attacks in Johannesburg, South Africa’s capital which led to the looting of shops owned by foreign nationals.

He demanded that measures should be put in place to prevent the re-occurrence of the attacks.

South Africa’s President Cyril Ramaphosa in response repeatedly apologised over the attacks and reiterated his government’s “deep regret at the incidents of public violence.”

About 600 Nigerians returned from South Africa early in September after xenophobic violence in Johannesburg. The second batch of 315 Nigerians later returned mid September and many more have continued to leave South Africa in the wave of the deadly attacks.