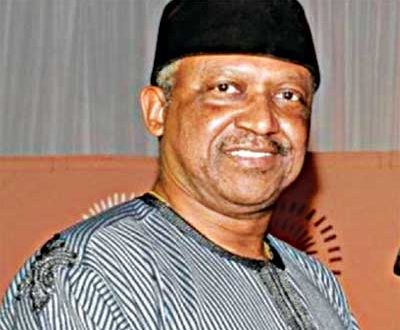 The Environmental Rights Action/Friends of the Earth Nigeria (ERA/FoEN) has commended President Muhammadu Buhari administration for appointing erstwhile minister of state for health, Dr. Osagie Ehanire and Senator Olorunimbe Mamora as the substantive Minister and the new Minister of State respectively in the Federal Ministry of Health.

President Muhammadu Buhari announced the portfolios of the ministers yesterday (August 21) in Abuja as he formally inaugurated his new cabinet. Dr. Ehanire, Senator Mamora and 41 other ministers – substantive and ministers of state, also took their oaths of office at the event.

ERA/FoEN recalled that Ehanire played monumental roles as leader of the Nigerian delegation to the eight conference of the parties to the Framework Convention on Tobacco Control (COP8) which held in Geneva, Switzerland in 2018. That delegation was globally acclaimed and got the Orchids Award of recognition for advocating that the tobacco industry be held accountable for tobacco harms and that the treaty talks stamp out loopholes that might be exploited by the tobacco industry to infiltrate country delegations.

The new minister was also at the April 4, 2019, Interactive session of the House of Representatives Committee on Delegated Legislation which deliberated on the recommendations of the Federal Ministry of Health on the draft National Tobacco Control Regulations 2019. At that event, he spoke passionately and defended the need for strong tobacco control regulations. Along with civil society advocacy, the intervention of the ministry culminated in the approval of the Tobacco Control Regulations by the eight National Assembly in May 2019.

In like manner, in 2009 Senator Mamora who was at the time representative of Lagos East Senatorial District sponsored the Act to repeal the Tobacco Control Act 1990 and the enactment of the National Tobacco Control Bill which was passed by the then National Assembly but did not get Presidential assent within the stipulated time frame due to tobacco industry interference.

ERA/FoEN Deputy Executive Director, Akinbode Oluwafemi said: “The appointments of Dr. Ehanire and Senator Mamora to pilot the affairs of the Health Ministry is not only good news to the wider Nigerian community, but also marks a new dawn in tobacco control and other initiatives of the health ministry that will impact positively on the wellness of Nigerians.”

Oluwafemi noted that the two gentlemen have distinguished themselves as passionate advocates of initiatives that will better the lot of Nigerians in the healthcare sector, adding also “the entire tobacco control community hail their appointment, congratulate them and will be ready to sustain the cordial relationship between the public health community and the Federal Ministry of Health. “

ERA/FoEN said that the appointments can best be described as putting square pegs in square holes, urging the duo to immediately hit the ground running in view of the enormous work ahead of them.