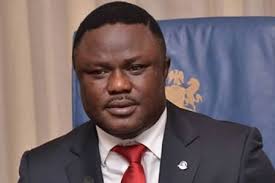 A 26 year old man, Mr. Joseph Odey, threatened to kill himself on Wednesday in Calabar, the Cross Rivers State capital if the government continues to delay the payment of his deceased father’s gratuity, Vanguardngr.com reports

Odey, according to the report, in a lone protest stormed the governor’s office on Leopard Road where he lamented the precarious situation of his family saying their lot would have been different if government had paid the gratuity of his deceased father, who was a school principal and was in civil service for over thirty years.

He added that his family’s poor financial situation is affecting him psychologically and he may take to suicide if his demand is not met by the government.

“My two immediate younger sisters at different levels of study in the University are on the verge of dropping out while the third who passed WAEC and JAMB exams this year faces an uncertain future due to our financial incapacitation.

“I make this public appeal to Governor Benedict Ayade to kindly let my family have the chance to lead a decent life by giving the authorization for us to be paid. I will be here with my placard every day, come rain or shine until the approval is given or else I will take the easy way out, cause I can stand this pain and shame for too long,” the paper quoted him as saying.