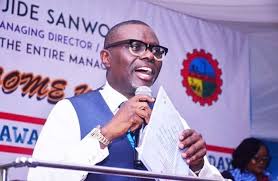 August 8, 2019 Comments Off on My Plan for Lagos Healthcare Sector – Sanwo-Olu 65 Views

Governor Babajide Sanwo-Olu, at the yearly symposium of the African Forum for Research and Education in Health (AFREhealth) assured the audience of his administration’s willingness to pursue actions and policy frameworks that’ll help the state improve on universal health coverage indices.

The week-long event with the theme: “Strengthening Health Research Education and Service Delivery for Achieving SDGs in Africa”, was held at the Lagos Continental Hotel on Victoria Island, Lagos.

In demonstration of his commitment to improve the quality of healthcare in Lagos, the Governor disclosed that he would be appointing a cabinet-rank official that would constantly monitor the state’s performance in realising SDGs, particularly the Goal 3, which is to ensure universal health coverage and elimination of inequality.

He said: “The theme of this symposium is not only critical and important to my administration’s development agenda, it is also an important topic to us as human beings. I am delighted to listen to the content of lead papers presented, which brought out new ideas on how we can strengthen health coverage. I believe inter-professionalism is also critical in driving the conversation.

“This discussion can be profound at this point in time when all government leaders are putting SDGs as critical anchor to drive policies in Africa. Lagos takes healthcare as a priority and if Lagos gets it right, Nigeria and sub-Saharan Africa will definitely have good indices to showcase to the world.

“To demonstrate our readiness, I have promised that my cabinet will have a government representative who will be involved in the decision making at the cabinet level and whose responsibility would ensure that Lagos has up-to-date tracking of our progress in SDGs, especially health, education, safe water and environment. We have signed on to deliver all these goals.”

Sanwo-Olu said his administration would not relent in complementing the effort of government health workers to achieve universal health coverage in line with the dictates of the United Nations, but he called on international research organisations and development agencies to extend their funding supports to health researchers in public sector for maximum impact adding that Lagos introduced the first ever state-led health insurance scheme not only to increase access to quality healthcare for the vulnerable, but also to make health affordable to all residents irrespective of status.

Sanwo-Olu charged today’s leaders and policymakers to invest resources for the healthcare benefit of the future generation, stressing that efforts must be made to ensure that nobody was left behind in the actions being taken in the present.

The Director of Centre for Sustainable Development (CESDEV), University of Ibadan, Prof. Olanrewaju Olaniyan, in his paper, observed that health was the constant component of all items on the SDGs.

In 2018, the don said more than two-third of countries in sub-Saharan Africa performed below the benchmark set by the UN for the realisation of the development goal which according to him necessitated the need for increased investment in health research.

To make health research work for realisation of SDGs and achieve universal health coverage in sub-Saharan Africa, Prof. Olaniyan suggested four key areas the government and policymakers must focus on.

He said: “African governments need to engage and create an environment that will ensure seamless implementation of plans, financial strategies that will cut waste, partnership that will strengthen the outcome, and clear line of communication and outreach.

“Capacity building and skills development must also be improved on, including greater participation of women in health research.”

The event which was chaired by the Vice Chancellor University of Lagos, Professor Oluwatoyin Ogundipe was also graced by the immediate past Minister of Health, Prof. Isaac Adewole, and the Vice-Chancellor of the University of Ibadan, Prof. Idowu Olayinka, among other dignitaries.

Buhari To Make A Broadcast At 7pm

President Muhammed Buhari is scheduled to make a broadcast this evening at 7 pm. This … 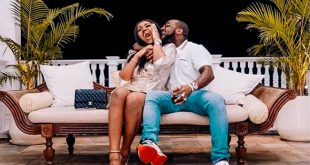 Nigerian popular Afro-Pop singer, Davido just revealed that his baby mama, the mother of his …