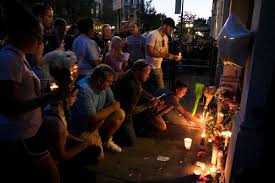 DAYTON, Ohio — On Sunday, Americans woke up to news of a shooting rampage in an entertainment district in Dayton, Ohio, where a man wearing body armor shot and killed nine people, including his own sister. Hours earlier, a 21-year-old with a rifle entered a Walmart in El Paso and killed 20 people.

In a country that has become nearly numb to men with guns opening fire in schools, at concerts and in churches, the back-to-back bursts of gun violence in less than 24 hours were enough to leave the public stunned and shaken. The shootings ground the 2020 presidential campaign to a halt, reignited a debate on gun control and called into question the increasingly angry words directed at immigrants on the southern border in recent weeks by right-wing pundits and President Trump.

“It’s outrageous,” said Terrion Foster, who works in accounting and lives in Kansas City, Mo., where he was out shopping at a farmer’s market near downtown on Sunday afternoon. “It’s really sad because I feel like you can’t go anywhere and be safe. I’m 50 years old and I didn’t think I’d be alive to see some of the things that are going on today.”

The shootings prompted Republicans, including Mr. Trump, to condemn the gunmen’s actions and offer support to the people of Dayton and El Paso. Democrats urged Congress to take action and pass stricter gun laws. “We have a responsibility to the people we serve to act,” Speaker Nancy Pelosi said in a statement.

Residents of El Paso were on edge, grimly aware of a manifesto posted online that the authorities said was written by the suspect, Patrick Crusius, 21, who was in police custody. The manifesto spoke of a “Hispanic invasion of Texas,” described an imminent attack by the writer and railed against immigrants.

“We are going to conduct a methodical and careful investigation with a view toward those charges,” said John F. Bash, the United States attorney for the Western District of Texas, who said he had consulted with Attorney General William P. Barr.

In Bellbrook, a quiet suburb of Dayton, that residents described as a “utopia,” the typical Sunday morning peace was disrupted by the police and news media who swarmed the cul-de-sacs and sidewalks of the neighborhood where Connor Betts, the 24-year-old suspect, is believed to have lived.

Brad Howard, 25, who had known Mr. Betts since before kindergarten and rode the bus with him to school for years, opened his phone and saw the news of his classmate on Sunday morning. “It was just another one of those things,” he said. “Just a kick in the teeth.”

Theo Gainey, who lived for 10 years down the block from the Bettses and was a year ahead of Connor Betts in school, remembered him as a “bit of an outcast,” ostracized in large part because of threats he made at school that got him into serious trouble.

Officials said the gunman killed nine people and injured 27 others in less than one minute in a busy entertainment district.CreditCreditMaddie McGarvey for The New York Times

“He got arrested on the school bus” for the threats, said Mr. Gainey, who added that he was on the bus himself when it happened. He recalled Mr. Betts being a freshman or sophomore at the time. Mr. Gainey, 25, did not remember the specifics of the threats but said that Mr. Betts had to leave school for the rest of that year. When he returned, “the threat thing followed him, and people didn’t want to hang out with him.”

Mr. Betts died during the shooting and his motive appeared unclear. Some details about him began to emerge on Sunday: he attended local public schools in Bellbrook, took classes at Sinclair Community College in the Dayton area and was majoring in psychology. He had been working at a gas station and was registered to continue classes in the upcoming fall semester. 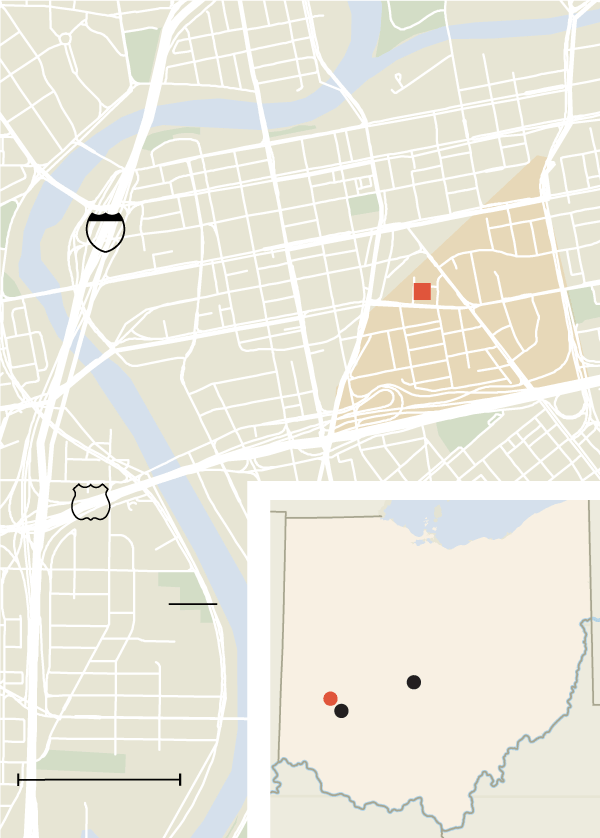 Witnesses to the shooting, which occurred in the early morning hours of Sunday, described a scene of horror and chaos.

James Williams, 50, had been seated with friends on the patio at Ned Peppers, a bar near where the shooting occurred. He and his friends got up and walked across the street when suddenly, they heard shots.

He and a friend rushed back to the bar and found bodies all over the ground. Officers at the scene were asking for belts to use as tourniquets, so Mr. Williams took his belt off. His friend attempted CPR on one of the victims, pumping his chest and urging the man to hang on. He didn’t survive.

“You just wouldn’t believe the people who have pulled together and tried to save these people and there wasn’t any saving,” Mr. Williams said. “Most of them were probably dead.”

The shooting began at 1:07 a.m. on East Fifth Street in Dayton’s Oregon entertainment district, which was bustling with late-night revelers enjoying a warm summer evening, said Nan Whaley, the mayor of Dayton. Uniformed officers on routine patrol in the area responded, shooting and killing the gunman within one minute of his first gunshots, she said.

The gunman was wearing a mask, body armor and hearing protection, and he possessed a high-capacity magazine capable of holding 100 rounds, the police said.

The nine victims were men and women ranging from 22 to 57 years old, including Mr. Betts’s sister, Megan, who was 22. Twenty-seven other people were injured.

The authorities said they still had not established a motive for the shooting. They said Mr. Betts arrived in the entertainment district Saturday evening with his sister, Megan K. Betts, 22, and another “companion.” Mr. Betts then split from the rest of the group for a period of time before opening fire, the authorities said.

Across the country, Americans tried to process the weekend of violence while going about their usual routines. On Sunday morning at the National Cathedral in Washington, the Rev. Dr. Leonard Hamlin Sr. spoke to Americans struggling to grasp the violence and loss of life, on top of what can feel like a long list of national and personal struggles.

“Our real challenge is to look within,” he said. “If you are honest this morning, all of us need to be transformed at little bit more.”

In Cambridge, Mass., people said they had little hope that the events would lead to any policy changes.

“It’s disheartening, I think, to see so many politicians just keep doing the same kind of wash-rinse-repeat kind of cycle of: mass shooting happens, and then it’s, tweet about thoughts and prayers, and then it becomes, ‘We can’t talk about political ideology, we can’t talk about this and that,’” said Greg Cameron, 31, who does marketing for a bike share company.

Laura Platt, 33, a physician, said she wanted to see better gun policies enacted, but had no expectation that that would happen.

“Nothing happened after Sandy Hook, so I think nothing’s going to happen after this,” she said.

Mr. Trump, who spent the weekend at his estate in Bedminster, N.J., thanked law enforcement officials in both cities on Sunday, declaring that “hate has no place in our country and we are going to take care of it.” He said that “a lot of things are in the works.”

Mr. Trump did not elaborate on that statement.

Share
Previous Computer Village ‘Big Boy’, Confesses How He Made Fortune Buying Stolen Phones
Next Of Sowore and the Nigerian Government 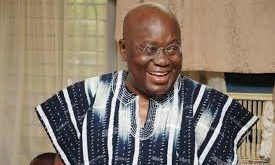 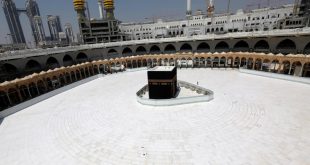