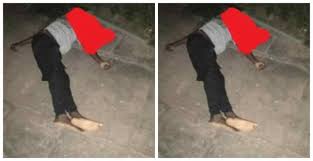 July 16, 2019 Comments Off on Versity Student Dies After Fall from Faculty Building 37 Views

Ephraim Imaghodora, a final year student of the Department of Actuarial Science, was said to be battling some academic issues as of the time of his death.

Michael Osasuyi, Public Relations Officer of Uniben, disclosed this in an interview with the News Agency of Nigeria in Benin, on Monday. 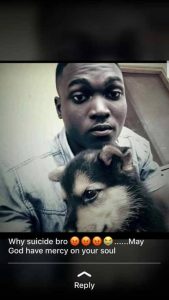 “It is unfortunate that something like this has happened in the University.

“We feel so pained to hear the news that a student fell from the second floor of the faculty building.

“The parents have been informed, and the university is trying to unravel the mystery behind the incident and ascertain if it was actually a suicide attempt.

“There are many accounts of the incident, but the university, with the help of the police, will find out what actually happened.

“The school has frowned on suicide attempt by students. No condition is worth committing suicide.

“Information reaching us was that the student had two carry-over papers to write. He was supposed to write one on the fateful day (of the incident).

“It may not be the issue of carry-over because they are many spillover students too,’’ Osasuyi said.