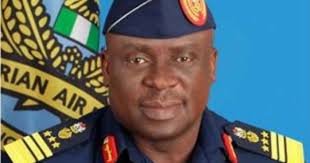 Former Chief of Air Staff, Air Marshal Adesola Amosu (retd.), and two others, who are facing prosecution by Economic and Financial Crimes Commission, EFCC for an alleged N21 billion fraud on Thursday, July 4, 2019, informed Justice Chukwujekwu Aneke of the Federal High Court, sitting in Ikoyi, Lagos of their willingness to enter into a plea bargain with the EFCC.

Amosu, the first defendant is standing trial alongside Air Vice Marshall Jacobs Adigun, a former Chief of Accounts and Budgeting and Air Commodore Gbadebo Owodunni, a former Director of Finance and Budget, in the Nigerian Air Force, NAF, both of who are second and third defendants respectively on an amended 13-count charge, bordering on conspiracy and conversion to personal use of the sum of N21billion belonging to NAF. The defendants pleaded not guilty to the charges.

At today’s sitting, prosecution counsel, Rotimi Oyedepo, informed the court that the defendants, through their lawyers, wrote the EFCC, expressing their willingness to enter into a plea bargain over their alleged crimes. Oyedepo, however, expressed worry that the defendants and their counsels have not shown commitment towards the plea bargain they requested and in the general resolution of the matter.

“After receiving the letter from the defendants, indicating their willingness to enter into a plea bargain. I made several phone calls to the defence team as I was directed by the EFCC, urging them to come to the EFCC office for a meeting, but they have not shown up. So, it appears to me that the defence and their clients are not committed towards the resolution of this matter,” Oyedepo told the court.

RHe further stated that if the defence team refused to come for the meeting before the next adjourned date, the prosecution will have no choice than to continue with the trial.

In his response, counsel to Amosu, Chief Bolaji Ayorinde, SAN, told the court that they did not honour the invitation to the meeting because the Commission had not formally responded to their letter. Ayorinde noted that the EFCC only made an oral, rather than a formal invitation for the meeting.

Counsel to AVM Adigun, the second defendant, Norrison Quarkers, SAN, and counsel to Owodunni, the third defendant aligned themselves with Ayorinde’s submission, insisting that the EFCC needed to respond to their letter in writing, and further told the court of their willingness to continue with the plea bargain with the Commission.

Quarkers also brought before the court a “Motion on Notice” seeking the temporary release of the international passport of his client to allow him travel out of the country on medical grounds.

Responding to the motion, Oyedepo told the court that the application was just served on the prosecution two days back and that he would need ample time to respond to it.

Justice Aneke adjourned the case to October 9, 2019 for hearing of the application and continuation of trial. 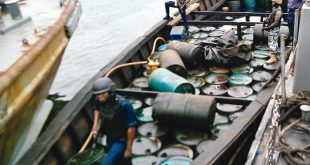 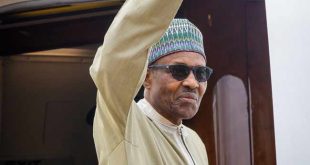 President Muhammadu Buhari renewal appointments of 12 non-career ambassadors. In the same breath he has …