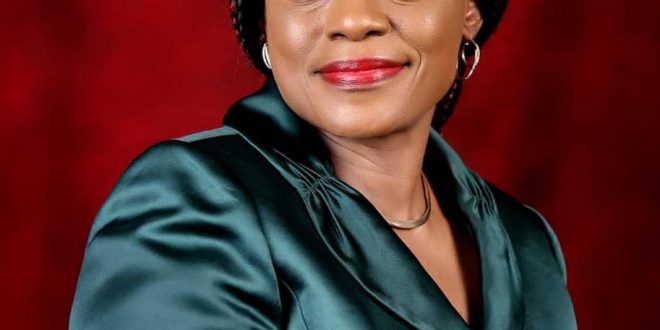 July 15, 2019 Comments Off on Why Rapists Must Get Capital Punishment – Bunmi Dipo-Salami 91 Views

Bunmi Dipo-Salami is the Executive Director, BAOBAB for Women’s Human Rights a fledgling human rights organisation in the vanguard of fighting the rights of women and girl child. In this interview, the woman activist, worried and alarmed by the seemingly unending cases of rape in the country, expresses the need for government to adopt death penalty for rape cases in Nigeria. Here is excerpts:

BAOBAB for Women’s Human Rights will be launching a campaign to name and shame perpetrators and enablers of Sexual Violence against women and girls in Nigeria on Monday 15th July 2019, what informed this effort?

Well, as you are well aware, women and girls have always been the major victims of sexual violence and various forms of abuse around the world. Today in Nigeria, sexual violence against women has been on the rise and its intensity has assumed an alarming and endemic proportion in the last couple of years. Despite the fact that there are laws protecting them on paper, women and girls continue to be victims of gender-based violence and misogynistic practices by evil-minded perpetrators by the minute.

Eliminating violence against women and girls is one of our core areas at BAOBAB. We realize, however that Nigerians easily forget about previous cases and only focus on the freshest cases, thereby making it easy for perpetrators to simply disappear into the crowd! That was why we designed a campaign to accentuate the issue by keeping the debates on the front burner. This is our own way of making the evil they committed live with them forever. Also, it is to serve as a deterrent to other rapists or potential rapists in our midst.

What kind of outcome are you hoping to have at the end of the campaign?

One of the reasons rapists get away with the crime is that society has a way of violating the victims of rape all over again when they speak up. That happens when we disbelieve or blame them for putting themselves in the line of the rapists.

With this Name & Shame Project we are saying to victims and survivors that we believe their account of a rape incident and we stand with them as they call out their rapists. We hope that at the end of this social media campaign, more sexually abused women and girls would have the courage to speak up and name their abusers and seek the justice they deserve.

What kind of support do you require from the rest of us for this campaign?

We are all in this together because no individual or organisation can single-handedly end the war against women and girls in Nigeria. So the support we require is for every concerned citizen to join us in this fight against perpetrators and enablers of sexual violence against women and girls in Nigeria. We expect netizens to make the faces of alleged rapists go viral and to also to share stories available to them with us. The reign of silence is over. Stand up, speak up and point out the culprits you know as we fight together to put and end to sexual violence and all forms of abuse against women in Nigeria.

What factors do you think are enabling the rape culture in Nigeria?

Sexual violence is fast becoming the norm due to prevalent beliefs, attitudes, and practices, which normalise, excuse and tolerate rape. It is unfortunate that every day, we make conscious or unconscious decisions that perpetuate the culture of rape in our society.

The role of patriarchy in the inferior and second-class status of Nigerian women and girls has long been established as a factor enabling the culture of rape. That is why they are always at the receiving end and take the blame for every form of violence perpetrated against them by men because of the patriarchal nature of our cultures and religions, which puts power and control in the hands of men at the expense of women of all ages. That is why our society blames the woman for being raped, thereby enabling the culture of rape. That is why Nigerians would start asking questions like ‘’What was she doing there?’ ‘What was she wearing?’ ‘Maybe she wanted it’ and so forth instead of calling for the head of alleged rapists. When we blame, shame or disbelieve rape victims or survivors; refuse to punish the culprits; and blame the devil, we are complicit in an act of rape, permitting and encouraging a culture of sexual violence against women and girls. 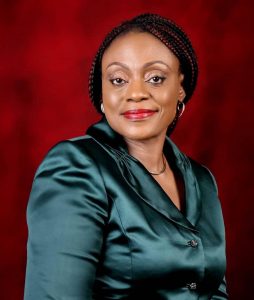 Some blame poverty, unemployment and other factors for the increase in rape cases in Nigeria but we think that women are becoming more and more of an endangered specie because misogyny as displayed by the hatred, prejudice and contempt Nigerian men have against women. I say this because though Nigeria is not the only patriarchal society in the world, it is one of the countries where women and girls suffer vicious and toxic manifestations of gender-based violence and social exclusion. That is why there is so much impunity in exercising male privilege and sexual violence.

From what we have seen so far, it’s obvious that sexual molestation in Nigeria is far more endemic that we had all thought; what can we do as individuals and collectively as a people?

It has indeed become endemic and this has gone on for too long unchecked, despite all the efforts at different levels. So we have to be deliberate in ending sexual and all other forms of violence against women. It is heartwarming that Nigerians are deploying technology to good use with our active use of social media to report cases and link hands to bring perpetrators to book. That has no doubt brought the discourse from the margins to the centre on all fronts.  We need to continue to call out the rapists amongst us, shame them and help fight for justice for victims. Women should not keep quiet in this fight; they have to support and help fellow women and girls because one woman’s problem anywhere is all women’s problem everywhere. Together and collectively, we can stand up against perpetrators of violence against women and girls and bring them down. It is up to us to live in a society free of sexual abuse and violence against women and girls.

In addition, we have to be proactive by providing sexuality education to boys and girls in primary and secondary schools, as well as make conscious efforts to reorient men by teaching our boys about respect for a woman’s personal space. We cannot continue to regard issues of sexuality as taboo. We just have to be open about sexuality. We simply cannot continue to let people live like animals.

We also have to support survivors of sexual assault by creating a society were victims are helped to overcome the trauma of the assault by providing them with psychosocial support, punishing sexual offenders severely and publicly shaming rapists. When survivors get justice, they will heal faster.

NAPTIP has said it would soon open a national sex offender register for rapists; what are your thoughts on this?

That was actually one of the best news of the year because we will now have data of the culprits. It is anticipated that having that information will make our work easier as the data will make it easier to develop intervention strategies, enable us identify the wolves amongst us, and we can better protect ourselves from them when we see them around.

Would you also advocate the death penalty for rapists in Nigeria as being demanded by senators?

Much as I am against the death penalty I think we are at a point where we have to take drastic measures to protect Nigerian girls and women from the war unleashed on them by the perpetrators of sexual violence. So that may be an option to life imprisonment. That will surely will help reduce the incidences of rape in our society as offenders will have an idea of the fate that would befall them if they dare break the law. It is in our hands to make things happen, if we really want the war on rape to stop the policy of death penalty on rape in Nigeria need to be adopted.

I don’t even know where to begin but I can only seize this opportunity to encourage them to speak up, to let them know that I believe them, that it was not their fault and well meaning Nigerians will ensure they get justice.

My Mission is to Make Ekiti Work For All -Ojudu