Gbaja is new Speaker of the 9th House of Reps

n an explosive election in which the Clerk of the National Assembly had to call for calm several times, Hon. Olufemi Hakeem Gbajabiami, a member of the All Progressives Congress, APC, representing Surulere 1 Federal Constituency, Lagos, on Tuesday, emerged as Speaker of the Federal House of Representatives.

Gbaja, as he is fondly called by his admirers, beat hard-fighting Hon. Umaru Mohammed Gbago, member representing Chanchaga Federal Constituency of Niger State, by 281 votes to Gbago’s 76. There was one invalid vote.

358 of the 360 members of the House were present and participated in the voting which started by 3.42 p.m.

The nomination was seconded by Hon. Lynda Chuba-Ikpeazu, a ranking member representing the Onitsha North-South Federal Constituency of Anambra State in the House. She is one of the longest serving members, having been in the House of Representatives since 1999, with an interregnum of four years. 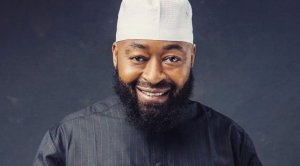 Jibrin’s moving speech was so overwhelming that when Gbajabiamila was called to accept the nomination, he did so in few grateful words. Even when the Clerk invited him, for the second time, to address his colleagues, Gbajabiamila, 57, simply stood on Jibrin’s speech saying: “I have nothing to add.”

Declaring that he was thumbing his chest for the man out of the belief that sentiment must give way to good reasoning and morality, Yunusa said he was, therefore, nominating “Gbago, a man without baggage” for the position of Speaker of the 9th House of Representatives.

In accepting his nomination, Gbago, chairman, House of Representatives Committee on Marine Safety, Education and Administration, said his aspiration was ’’not for Gbago but for a generation that believes that power, offices should represent Federal Character.”

But some members became unruly, by standing close to the ballot boxes, perhaps to police the way their colleagues would vote. Things almost went out of hands but for the Clerk who was firm in handling matters, warning, however, that “it is not my business if you choose to compromise this election.”

When the temperature in the chamber came down a bit, voting continued in batches of fours. Voting was concluded at 5.30p.m. and counting started two minutes later.

The counting process went rhythmical, with the ‘returning officer’ counting:

At the end, it was ‘Gbaja’ who emerged the 11thSpeaker of the House of Representatives.

However, Gbago displayed a great spirit of sportsmanship when, after the ‘returning officer” finished counting his votes, which ended at 76, he left his seat to go and embrace Gbajabiamila. And the chamber roared in applause.