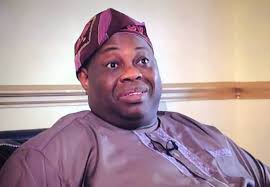 The Great Lessons Life has Taught me At 59 (II)

Fellow Nigerians, last week, I wrote copiously about the importance of education in my life, and how it turned things around for me. This week, I will write about the importance of goodwill in a man’s life. You can go to the best schools, bag all the top and esoteric degrees available, but if your human/public relations is hopeless, you are likely to end up a useless human being, even if you attain a little measure of success. The ability to make friends, retain friendship and maintain excellent relationships, will ultimately help you beyond your dreams. I read a lot of books as a young man, spanning psychology, sociology, philosophy, biographies, religion, world literatures, history, and so on, and I discovered the meaning and power of personality, charisma, presence and aura. Your presence alone can attract favours to you, based on your carriage, appearance, comportment, choice of words, and general demeanour. Conversely, the same presence can make you a source of ill-will, hatred and opprobrium if not properly managed.

One of the biggest assets I believe God has richly endowed me with is the ability to make friends at first contact and keep them for as long as it takes and even for a lifetime. Let me put it another way. I had an uncommon talent to meet older people and feel instantly comfortable in their midst and they in turn begin to relate to me like we are peers and trusting that I will try my best to respect, support and protect them. Even in very rare cases that we had misunderstandings and we almost fell out totally, we always came back closer and stronger. They have come to understand, appreciate and accept my worldview and independent opinions on issues, without fear or favour, and vice versa. Now that I am older, I find that I have a similar kind of attraction for the younger folk. I do not discriminate or treat them condescendingly on account of their youth. I remember life’s lessons and kindness to me and the opportunities I have been afforded as a result.

I discovered this gift very early in life. As young as I was when I started school in 1966, at the age of six, I was very close to my Headmaster who sometimes offered me a ride on his motorbike, a Lambretta, which in those days was like driving a car. Chief Isaac Olagbaju, as he later became known, must have imbued me with so much confidence because there was never a time that I felt timid or intimidated by anyone thereafter. I just flowed freely along my own path basking in the awesome relationships that I garnered and engendered along the way. I enjoyed some informal intimacy with my teachers and later my own students as well. I realised that more knowledge was imparted both ways when such interaction exists. In 1982, at the age of 22, I had become a graduate and taught A-level students for the next one year at what was then known as the Oyo State College of Arts and Science. My students loved me to bits because of my unique style of getting them fully relaxed and we established a bond of a lifetime since then.

From that young age, I had access to much older mentors who discussed very freely with me on virtually every subject. I was blessed with the distinguished company of Chief Oyeladun Oyemade, Chief Abiola Ijiwoye, Professor Wande Abimbola, Professor Akinwumi Isola (he supervised my B.A dissertation), Chief Orayemi Orafidiyan Chief Funmilola Olorunnisola, Chief Olaniyan Alawode, Professor Adeniji Adaralegbe, Chief Akin Omoboriowo, Lt. General Alani Akinrinade (his country home in Yakooyo was home to many youths who aspired to greatness) and several others. The foundation for today was laid about that time, many decades ago. It was never fortuitous. It came from meeting and seizing opportunities, momentarily. You had to be sharp and eagle-eyed. Big men have no time for frivolities.

They have the capacity to scan you and analyse you in a jiffy. Once you pass that first test, the litmus or acid test as it is sometimes called, you are on your way to becoming somebody from nobody.

I later worked for His Imperial Majesty, Oba Okunade Sijuwade Olubuse II, in 1996, and it afforded me the opportunity to understand the awesomeness of networking. Wow, Oba Sijuwade was one of the greatest networkers that ever lived!

Now, please listen to this tale very carefully. Ooni Sijuwade had the talismanic ability to be friends with sworn political enemies in equal measure. He was able to discern what most of our younger politicians fail to realise – that politics is not mortal combat and that at the end of the day, in politics you can never have permanent friends or foes, but permanent interests. Just imagine a man who was friends of Chief Obafemi Awolowo and President Shehu Shagari, two arch-rivals and proudly decorated his palaces with their portraits. Every time I visited the powerful Yoruba King, I marvelled at his wealth of friends across political divides and the deep affection and camaraderie they shared. He was a super charmer and everyone crowded around him, in hate or in love. Ooni Sijuwade was a thoroughbred royal with an inimitable style that is difficult to replicate.

It was while I was with Oba Sijuwade that I met an exceptionally brilliant journalist, Onukaba Adinoyi-Ojo, of blessed memory, who would later drag me to a life I never planned or envisaged in Lagos. My dream was to be a teacher, probably marry a teacher and father and foster teachers, and live happily thereafter. For us, in those good old days, teachers were like demigods, viewed with awe and treated with fear and trepidation. That’s another story entirely.

From my stint working for Oba Sijuwade, I returned to the University of Ife for my Master’s degree in Literature-in-English. Even that was a tough call. I had applied to study Law, in atonement for my Mum’s disappointment in my studying Yoruba in the first instance but the Faculty of Law rejected me. My Mum wept bitterly wondering if I was a victim of African jazz or witchcraft. Little did I know God’s plans for me. I had to meander through that bitch of a life to arrive at my glorious destination. The University’s Faculty of Arts also initially rejected my application on the pretext that it had never admitted someone who had read Yoruba as a first degree for a Master’s in Literature-in-English despite the fact that I had taking courses in Literature till the third year during my Bachelor’s degree. It took the intervention of Professor Adaralegbe who told them there is always a first time in everything and advised them to make me do pre-requisite courses at undergraduate level alongside my Master’s, if need be. It was totally unheard of, but the Faculty eventually buckled under immense pressure. I agree to the tedious terms. I was a trail-blazer and that has been the story of my life, because that is God’s will.

Again, I was fortunate to have some of the most liberal teachers in Literature and I was particularly close to Dr Biodun Jeyifo, one of the most brilliant human beings I have ever encountered. I sauntered in and out of his campus home like I was the landlord. I was also inspired to know a famous African novelist, living nearby on Road 20, Dr Kole Omotoso, whose house was a rendezvous for lovers of creative writing. Dr Ropo Sekoni was the best supervisor I could ever have. Dr Chidi Amuta, Dr Adebayo Williams and Dr Yemi Ogunbiyi were already contributing masterpieces to newspapers and magazines. I was inspired by the writings of Dele Giwa, who grew up in the same Atiba quarters of Ile-Ife like me, and my childhood friend, Dele Olojede, who lived in Modakeke. Unknown to me, I was born to write but this did not occur to me until I was hit by joblessness and the penury that is associated with it.

It took my best friend, Prince Adedamola Aderemi, to open my eyes to the possibility of writing and contributing to newspapers. Even then, I was still lukewarm in attitude and quite reluctant to follow that trajectory. We decided to explore job placements at publishing houses like Evans and Heinemann Books but arrived at a dead end along that route too. Eventually, I started making contributions to The African Guardian magazine, and co-authored an essay on the Olojo Festival of Ile-Ife with Kwesi Sampson. It was submitted by Onukaba, now of blessed memory. Dr Yemi Ogunbiyi helped to take one of my articles to the op-ed page of The Guardian newspaper itself. However, my first article was sent directly to the famous Odia Ofeimun in reaction to his controversial article on the decision of Kenyan writer, Ngugi wa Thiong’o to stop writing in English. Seeing my byline in The Guardian was like walking on the moon. I also wrote for The Sunday Tribune and the wonderful Editor, Mr Folu Olamiti, remains my big Brother till this day. The Guardian paid me N25 per article while I contributed to The Tribune gratis. I’m grateful for such exposure, and I remain indebted to these great journals of our time for the part they played in my journalistic emancipation.

I began to make friends in literary circles. I worshipped Professor Wole Soyinka, like an idol. How I wished I could write like, if not better than him. That remains a tall order. He is not one of the few African literary Nobel laureates for nothing. I cherished every opportunity I had to meet with him. I loved the giants at The Guardian and bonded with them one after the other. The list included the giants of our profession like Stanley Macebuh, Olatunji Dare, Patrick Dele Cole, Andy Akporugo, Edwin Madunagu, Amma Ogan, Sonala Olumhense, and others. Their influence remains indelible. But I never managed to secure a job at The Guardian. My job came from a place I least expected, The African Concord magazine, where I was interviewed by the Editor, Lewis Obi, and was employed on the spot.

My exploits at Concord newspapers were the stuff of fiction or thrillers. Within months, I was moved to another publication, Weekend Concord, as a pioneer staff, alongside legends like Mike Awoyinfa and Dimgba Igwe (now of blessed memory). Within two months of starting the paper in 1989, my Editor, Awoyinfa, shot me into prominence with a double promotion. He would regularly tell me how orgasmic he felt my writings were. Six months after that, I earned another promotion and became the number three man in the hierarchy at Weekend Concord. Without being immodest I had helped to transform that Weekend paper and made it the number one weekend paper in Nigeria. It had grown larger and bigger than the wildest dreams of those who envisioned the publication and where they wanted to position it at inception.

Six months later, exactly two years of arriving Lagos from Ile-Ife (1988 to 1990), I was rewarded for my hard work, diligence, but above all good nature and goodwill, and I was pronounced the highest paid Editor in Nigeria by Classique magazine, owned by May Ellen Ezekiel (God rest her beautiful soul). And that was it! The sky, and what lay beyond it had become the limit!

Not just that, I was already close to my erstwhile Managing Director at the Concord Group, Dr Doyin Abiola, and my extraordinary Chairman, Chief Moshood Abiola, which was unusual for a “Journey Just Come” like me … 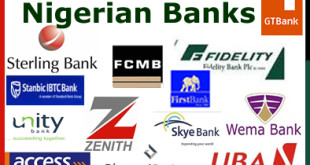 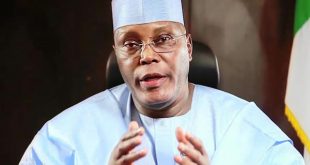 How to Pull Nigeria From The Brink By Atiku Abubakar