Share
One year on from his traumatic experience against Real Madrid, the Egyptian opened the scoring in a 2-0 victory over Spurs in Madrid

The mentality giants are the Kings of Europe.

On the biggest stage of all, Liverpool delivered. Their superb season got its special conclusion. After 14 years, the Champion League trophy is heading back to Anfield after Jurgen Klopp’s side defeated Tottenham 2-0 at Madrid’s wonderful Wanda Metropolitano stadium.

For Mohamed Salah, this was his night of redemption, the one he’d dreamed of for a year. Devastated in Kiev, delirious in Madrid, the Egyptian’s second-minute penalty securing a sixth European Cup crown for the Reds. Divock Origi, the hero of the semi-final, emerged from the bench to finish the job late on. The man for the big occasion, yet again.

It was by no means a classic final, but will anyone care? Liverpool are back at the top of the tree.

As the famous Kop banner says, ‘Those Scousers Again’.

They had taken over the Spanish capital, Plaza Mayor, Plaza de Santa Ana and Gran Via transformed into a red sea, sunburnt and singing, an invasion of flags and banners, Transalpino and Adidas. 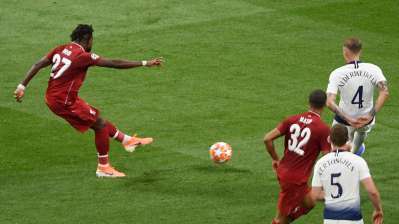 Divock-origi-goalIt was some sight, with the Madrid authorities estimating that around 50,000 Liverpudlians had made the journey.

They’d come from far and wide, from Chile and Egypt, Croxteth and Crosby. They’d arrived by car and by train, by air and by sea. They’d come to party, to see their heroes crowned.

Their heroes didn’t let them down.

Last year, their hearts were broken by a team in white. Lessons were learned, Klopp said. Resolve was strengthened. He felt they’d be back, he felt they could come again.

This was a crowning night, the night a new set of legends emerged. From Jordan Henderson, the captain who hoisted that famous jug-eared trophy aloft, to Alisson Becker, whose second-half saves got Klopp’s team over the line. From Virgil van Dijk, the £75million bargain, to Trent Alexander-Arnold, the home-grown superstar at 20 years of age. Each and every one of them deserved what they got here.

Liverpool can play better than they did, for sure. But after a campaign like this, when they have scaled new heights and feared they would have nothing to show for it, we could forgive them their nerves and their tension. This is a special team, one which has made its supporters proud at every turn.

For Klopp, that first hurdle is cleared. We can stop talking about his ‘need’ for silverware, or his lack-lustre record in major finals. The German promised to bring the good times back when he arrived in 2015, and he’s gone and landed the big one.

Good for him. This is a manager who brings joy to football, who puts bums on seats and smiles on faces. The destination is cool, he might say, but the journey has been even better.

Here in Madrid, they experienced the joy of six. 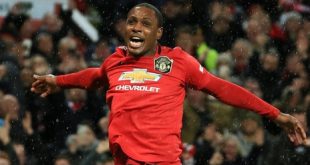 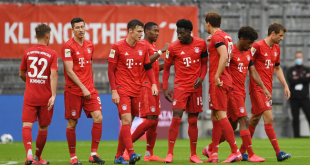