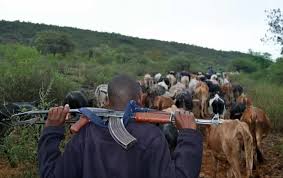 May 18, 2019 Comments Off on Breaking: Herdsmen Abduct 7 Travellers on Benin-Ore Expressway 96 Views

Share
Bandits suspected to be herdsmen have abducted seven passengers in a bus along the Benin-Ore Road today.
It was learnt that the gunmen, four other passengers and the bus driver escaped into the bush.
A relative of one of the victims said the bus marked AGB 294 YV belonging to ‘God is Good Motors’ took off from Ajah, in Lagos, heading for Uyo, in Akwa Ibom State, this morning.
The police were said to have stepped in and one of the kidnapped victims has been released.
Post Views: 0