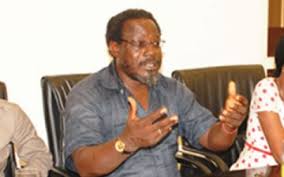 Share
The Centre for Anti-Corruption and Open Leadership, CACOL, has lauded the free-style tactics employed by the Lagos state University (LASU) management, headed by its Vice Chancellor, Professor Olanrewaju Fagboun, in its response to alleged scandals of helping to falsify differentials in age of Professor Peter Okebukola, a former Secretary of the National Universities Commission (NUC) and a staff of the institution as well as issuing a denial on the allegation that LASU management diverted a sum of N198mn (One Hundred and Ninety-Eight Million Naira) staff pension fund to purchase luxury cars for its staff.
In a release issued by the group and signed by its Executive Chairman, Debo Adeniran, he noted: “Reflecting on the outcome of our interface with Lagos state University, LASU, at the behest of its management as led by the Vice Chancellor, Professor Olanrewaju Fagboun, on certain allegations that border on impropriety against the school’s management as alleged by an online newspapers (PremiumTimes Newspapers), we clinically perused the stories and documentary evidences supplied by the university’s management, both on the age differentials of Professor Okebukola and diversion of N198mn purported staff pension to buy luxury vehicles.
“In his lead remarks, the Vice Chancellor, Professor Olanrewaju Fagboun provided some official documents emanating from the last employers of Professor Peter Okebukola at College of Education, Ilesha, Osun state, putting his date of birth at 7th February, 1951. This document was written on the 5th of January, 1922 by that institution’s management. The LASU university authority only acted in line with the Lagos state government’s review of pendency of retirement age for its Non-Academic and Academic staff from 60/65 to 65/70 years old respectively as earlier effected at the federal level. The law, as amended took effect from January, 2016. This is the only age of birth account of Professor Peter Okebukola at the official disposal of LASU management, according to available records shown to us.
“Also, the university management availed members of the Civil Society Organizations (CSOs), including some Media outfits present, documentary evidences of securing necessary approvals from LASU Governing Council before its unavoidable borrowing of N198mn (One Hundred and Ninety-Eight Million Naira) from Investment or Escrow Account so as not to put the university in serious jeopardy of losing almost 38 (Thirty-Eight) of its total 70 (Seventy) academic programmes currently run by the institution. According to the university Vice Chancellor, this same escrow account was appropriated by the state’s house of Assembly (HoA) while the money was to be returned with stipulated interest. On whether the university had had cause to borrow from the same account before, the management answered in the affirmative while revealing that such funds were immediately returned as appropriate, once the funds for the university were officially released by the appropriate authority. He however, noted that not only was the account never in possession of the university’s staff pension funds, but that the management under him would never have a recourse to its staff pension funds as such was not only illegal but in contrast to the commitment, so far shown to staff welfare (both those in service and out of service) as corroborated by the staff Pension commission in a letter shown to all.”
Adeniran added, “The school’s management went further to clarify on the official vehicles, which he insisted was strictly for Deans of Faculties and purchased from Elizade Motors where the details could be easily verified, after the management secured usual approval from the Governing council. While CACOL as an anti-graft coalition frowns at any acts of omission and commission by public officials, either at governmental levels or our public and academic institutions (especially where the facts before and after the acts speak eloquently for themselves), we advocate caution and utmost display of professionalism before rushing to the press. We find the openness and humility of Professor Fagboun quite commendable and worthy of emulation by other Universities and Polytechnics’ Administrators as those citadels of learning are a veritable mirror of what a society holds sacred in modern times. Whilst we are not fully foreclosing our conclusion on whether the doctrine of fair hearing was fully observed in this particular instance, we remain hopeful that facts, as irreducible minimum rather than sensational reportage, would continue to be the guiding principle of our hallowed fourth estate of the realm in their sacred duties to the nation.”
Post Views: 0

Share
Previous What’s Fayemi’s Interest in Us? (1) By Akogun Tai Oguntayo
Next Woman Resurrects After 27 Years in Coma