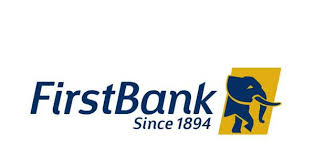 Share
A Chief Magistrate Court sitting in Akure, Ondo State capital has remanded in police custody five persons for their alleged involvement in the First Bank, Idoani robbery two weeks ago which claimed seven lives.
Though six of them were arraigned on a seven count charge by the Ondo State Police Command, one of them was said to be at large.
Chief Magistrate Victoria Bob-Manuel after the hearing, remanded the suspects in police custody till May 2, 2019 pending the advice from the office of Director of Public Prosecution.
The Police Public Relations Officer, Femi Joseph said the suspects were asked to be remanded in police custody because they do not want anything to tamper with their investigations.
It would recalled that an eleven-man gang of robbers attacked a branch of First Bank in Idoani, Ose Local Government Area of Ondo State.
The robbers stormed the town, shooting sporadically into the air and in the process broke the bank’s security doors with an explosive device.
The bank is the only commercial bank in Idoani, serving the other neighboring towns as well.
Post Views: 0