The True Story Behind “Hotel Rwanda” By Franklin Ugobude

April 13, 2019 Comments Off on The True Story Behind “Hotel Rwanda” By Franklin Ugobude 28 Views

For about a hundred days in 1994, about a million Rwandans were killed in what many historians have referred to as one of the most devastating tragedies in human history. The mass tragedy that was orchestrated by the members of the ruling Hutu ethnic group began when a plane carrying the then president of Rwanda, a wealthy Hutu native, Juvénal Habyarimana and his Burundian counterpart, another Hutu native, was shot down by an unknown missile on 6th April 1994, killing everyone on board.

The plane‘s take-down was just a catalyst seeing as tension had been brewing between the Hutus and the Tutsis long before that happened. The root cause was the economic difference between both groups. The Hutus were crop farmers, and the Tutsis were livestock farmers. Because cattle were more valuable than crops then, the Tutsis became the elitist group. Things did not get better after Rwanda’s independence in 1962, and it did not help that the Belgian colonialists believed the Tutsis were superior because they were descendants of the Israelite tribe of Ham. That favouritism and their agricultural prowess made them a target of the Hutus who had been feeling quite marginalised. The post-independence elections saw the Hutus win because of their large numbers and that marked the beginning of the ethnic clashes.

A few years after Independence, the Hutus got it into their heads that their problem was the Tutsi minority and plans were set in place to wipe out the entire Tutsi tribe. It began with the Hutu government fighting the Tutsis, whom they associated with the Rwandan Patriotic Front (RPF), a rebel group, for about three years. In 1993, the United Nations had enforced the Arusha Peace agreement between the Rwanda government and the RPF, one that President Habyarimana had signed. However, with the attack on Habyarimana’s plane – which, till date, no one knows who was behind – the peace treaty was nullified. 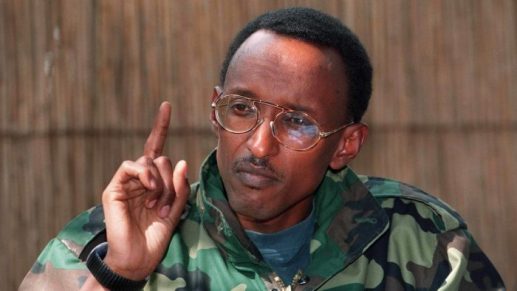 The Hutus descended on the Tutsis with a vengeance, killing every Tutsi they could find. Checkpoints and barricades were erected to screen all holders of the Rwandan identity card, to see whether they were Tutsis or Hutus. Hutu civilians were asked to arm themselves with everything they could find, rape, maim and kill their Tutsi neighbours. The popular Oscar-winning film Hotel Rwanda does a decent job of narrating a great deal of the genocide. About eight thousand people were killed every day, the majority of whom were Tutsis. Apart from this, there was a spike in HIV infection, including babies born to mothers who were infected during the rapes.

The killings did not continue for long as the Tutsi-backed RPF which was led by the current president, Paul Kagame, took control of Kigali, the capital city, and from there the country. Today, Rwanda has doubled its life expectancy and the economy keeps growing at a high rate making it one of the most desirable countries to invest in as seen, with major tech companies opening hubs in the capital. The country has two public holidays to mourn the genocide. The national mourning period begins with Kwibuka (Remembrance), the national commemoration, on the 7th April and concludes with Liberation Day on the 4th of July. The week following the 7th April is an official week of mourning, known as Icyunamo.