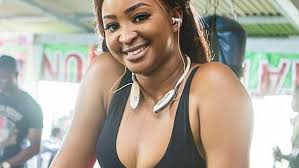 Actress and social media influencer, Etinosa Idemudia has attempted to rationalise the flick of her naked on bed and making a video call with MC Galaxy.

Etinosa explained away the circumstances surrounding her undignified act in an interview with Inside Nollywood.

She said, “It was done under the influence of alcohol. However, the deed has been done. I just had to keep quiet and move on. I can’t explain to everybody what really happened, after all, not everybody is intelligent enough to assimilate and understand certain things. I just had to keep calm and keep my head up high.

“I also don’t think it might affect my chances of getting married someday (laughs). Africa is so freaked about marriage. My dear, if marriage is in one’s destiny it will come.”