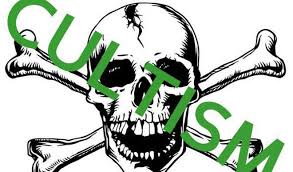 Three suspects have been held after two officers and a school girl were shot at the Ikorodu area of Lagos, less than a week when unknown gunmen sacked a police station in Edo State and killed the Divisional Police Officer with three other cops.

The Lagos State police spokesman, DSP Bala Elkana said in a statement that officers also repelled an attack on a Police Station by the gang in Ikorodu.

According to him, the suspects were arrested at about 5:30 pm following a tip-off.

The statement reads: “A team of policemen on surveillance at Adama community, in Ikorodu raided a den of cultists who specialize in ritual murder and kidnapping for ritual purposes. On sighting the Police, they opened fire and equally used some of their hostages as human shields.

“During the operation that lasted for about one hour, two police officers were injured and three suspects were arrested namely, Ahmed Hassan, Daniel Enyin and Olaniran Alium.

“One Hadiyat Sikiru f 18yrs, an SS1 Student was hit by a stray bullet. An attempt by other members of the deadly gang to attack our Police Station at Imota was met with stiff resistance by the gallant Officers on duty. The Commissioner of Police, Lagos State, CP Zubairu Muazu mni has directed the Deputy Commissioner of Police in Charge of Criminal Investigation, Panti to take over the case for in-depth investigation.”