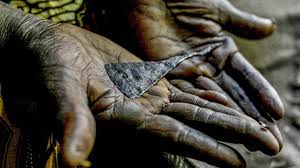 In what seems a prevalent ordeal for women in Africa, the story of genital mutilation among female children and its stoppage is still farfetched.

Female Genital Mutilation (FGM) is an awkward cultural practice by some African tribes performed on women with hope to curtail their high sexual urge or to fulfill one traditional rite or the other which whatever way usually have disastrous outcomes due to its crude,unhealthy and cruel practise.

Much as this barbaric act is frowned at by medical and sex experts globally, some Africans, rooted deep in their cultural belief seem not to yield to the demand of World Health Organization’s call for stoppage.

In Nigeria for example, the spiritual attachment to it by the practitioners has made it impossible to eliminate, while some traditionalists believe that it will bring loss of cultural identity.

Not even the efforts of human right activists in the country, or the bill passed by National Assembly in 2015 had an effect as the traditional practitioners are adamant in keeping to their so called heritage.

For some women in Africa, it turns out a helpless situation especially when families decide the fate of their grandchildren.

In the case of one Maryann, who boldly resisted such dehumanizing act on her daughter after she and her mother were forcefully circumcised, she fled the country as an option to protect her right.

According to her mother in Nigeria, Florence who spoke to our correspondent says Maryann’s unavailability and that of her daughter Danasha has spurred the anger of the elders the who have literally set up a manhunt for their wherabout.

Florence continues: ‘I really don’t know why these elders must make it a do or die affair all in the name of tradition….can’t this useless act be abolished once and for all?..’she exclaimed.

Florence narrated that her daughter and grand daughter fled the country because her grand daughter was meant to go through another dehumanising act of FGM as proclaimed by the elders with respect to long standing family tradition of Okpanam indigenes of Delta state, Nigeria known as an appeasement to their deity.

She lamented that the hunt for her daughter and grand daughter had been going on for over a year now with the height of escalation over the last couple of months.

She said, “My daughter lived in Abuja, the country capital over 20 years during that period she got married to her husband Ndubuisi and have been marrried for the last 13 years with their only daughter Danasha who is 9 years old.

That her ex-husband (Mr Michael Sunday) her daughter’s father who is deceased hailed from Okpanam, Delta S

tate, elders have been threatening spiritually and physical harm over the last 18 months now. (Maryann is a native of Okpanam village in Delta State Nigeria,where her father was born. She is a 38 year old married mother of one daughter Danasha whom is being sought after by these traditionalists.)

She fled her country home with her husband and daughter Nigeria to escape an obnoxious and barbaric cultural practice in most African countries called female circumcision. Her ordeal was such a painful and unavoidable situation prevalent especially in the Southern part of Nigeria where Female Genital Mutilation (FGM) is rampant and seen as sanctity towards peculiar traditional rites.

According to her, this infuriated Maryann’s husband who at the time was experiencing strange occurrences in his personal life especially his finances. She recounts that ever since their traditional marriage in 2005 where they were asked to provide marriage offerings to the deities through the elders in the form of rare goat species, their lives have been going through one strange case to the other finally culminating into their daughters proclamation to be circumcised. She recounted her son in law’s (Ndubuisi) strange horrific motor accident in 2008 where he was driving all alone and suddenly the car lost control and ran into a kerb where it somersaulted severally before coming to a halt. ‘It was a sheer miracle that he wasn’t killed though he sustained severe injuries with facial scars still visible to this day’.. she says.
Her effort to seek intervention from security authority was to no avail as even the police and other village members were mute over her appeal, calling it a family matter.

Florence said that she had received calls from her late husbands village on the need for her daughter and son in law to return to the village and complete the traditional rites after their marriage but she simply ignored the calls as she felt they were already married and she Florence had no strong ties with her husband who was alive then as they were separated and had been living apart since 1987, the marriage which she eventually annulled in 2010 through divorce in a customary magistrate court.

That it was when her late husband died that the elders now took advantage of her daughter and son in-laws presence knowing that they had no choice but to come and ever since so many hideous proclamations have been made on her daughter Maryann with cases as crazy as her having to bath naked by certain streams, walk naked through certain market squares at odd hours and so many other unimaginable acts which she bluntly refused.

On having refused to perform these traditional acts the elders are now insisting that her only daughter must be circumcised quickly to appease their deity that their must be shedding of blood even though it was an act that they would have still carried out even if she had performed the outrageous ‘tasks’.

So the request for her grand daughter; Danasha to be circumcised was the final straw that broke the camels back with the various letters and threats by the elders that led to her fleeing the country Mrs Florence said.

In conclusion she said, ‘I was circumcised at the age of 15 against my will, my daughter Maryann was circumcised at birth because her father insisted it was a family tradition and I had no voice at the time. Now, they want to circumcise my grand daughter. I won’t let it happen’.

This is what many families are passing through in Nigeria today.

Most who do not have a voice have died while some are living in perpetual agony and disfigurement.

In most cases, many women are suffering similar case of childbirth problem and related cases caused by FGM operation while some have contacted chronic sickness through the practice. You may say one case too many, in a country where law against female genital mutilation (FGM) was passed and approved by the country’s National Assembly in 2015, yet the entire society kept a deaf ear calling it people’s culture that should not be tempered with.

Meantime, Maryann her daughter Danasha and her husband , who perhaps, may have escaped the country of such ugly practice, is one among numerous African women who are not relenting in seeking intervention to protect their rights and as well embark on sensitisation drive to stop the practice. Nigerian government has a role to play in making sure that the laws already enacted which are not effectively functioning should prevail. As it stands today, many of these traditionalists still persists and have not been jailed for performing the act according to findings.