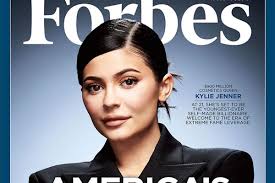 At 21, Kylie Jenner is Youngest Self-made Billionaire Ever

March 7, 2019 Comments Off on At 21, Kylie Jenner is Youngest Self-made Billionaire Ever 32 Views

Forbes reports that Jenner, who is 21, is now worth $US1 billion, reaching the milestone to years earlier than Facebook founder Mark Zuckerberg.

The success comes from her Kylie Cosmetics, a company Forbes estimates to be worth at least $US900 million.

Jenner, of course, owns all of it, so adding in the cash she has already made from the business she has now hit the $1 billion mark.

An exclusive deal to start selling her products through distributor Ulta saw the value of her company jump more than 9 per cent. More than $US54 million in Kylie Cosmetics has been sold in the six weeks since the deal was announced.

“I didn’t expect anything. I did not foresee the future,” Jenner told Forbes. “But (the recognition) feels really good. That’s a nice pat on the back.”

Jenner admits that her social media following has a huge part to do with her success.

“I had such a strong reach before I was able to start anything,” she says. “It’s the power of social media.”

While some may question the “self-made” part of her new informal title, Jenner has defended it.

“The self-made thing is true,” she told Paper magazine, adding that Kris Jenner and Caitlyn Jenner “cut her off at the age of 15” and haven’t financially supported her since.