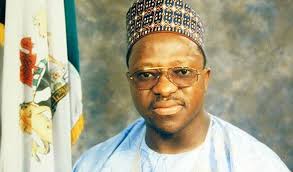 Ex-Governor Dariye Down with ‘Kidney Failure’

March 4, 2019 Comments Off on Ex-Governor Dariye Down with ‘Kidney Failure’ 62 Views

According to The Nation, Dariye is hospitalised at the University of Abuja Teaching Hospital, Gwagwalada.

Dariye was sent to a 14-year jail term (later reduced to 10 years) by the Federal Capital Territory (FCT) High Court presided over by Justice Adebukola Banjoko on a 23-count charge of diverting and laundering of N1.126 billion Ecological Funds belonging to the Plateau State Government while in office as the governor.

The Senator, who has been serving time in Kuje prison in Abuja, has been in the hospital since last December.

According to a government source, who pleaded not to be named, Dariye needs prayers.

The source said: “I have gone to see him. He is having serious health challenges. From my finding and from the doctor, his aliment is kidney failure and it is critical.”

He said the Service had been managing his illness since last October.

Humphrey said: “I will not mention the name of the illness to you and the hospital where he is. Normally people whose health we can’t manage we refer outside for proper medical attention. We have been managing his illness since October/November.”

Asked when Dariye will be discharged, the NPS spokesman said: “It is the doctor who knows when he can be discharged. We have now limited the number of people visiting him at the hospital. We are just allowing his wife, close family and friends, and law enforcement personnel. Tight security is around him just as if he is in the prison cell.”

“His wife is always allowed around him. And she is always full of praises to the NPS for the proper medical attention. And his court hearings are ongoing, he does not need to appear in court. His lawyers are there to defend him.

“Because of his health challenge, he opted for self-feeding. Because we cannot be cooking any special food for him. His family brings food for him.”

“The NPS has written to the hospital on when Dariye can be discharged and they replied that Dariye is still undergoing series of checks and until they are through with the process and satisfied that he is fit before they can reply the NPS.”