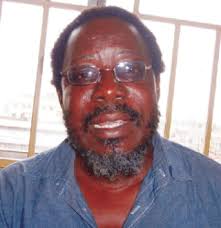 The Centre for Anti-Corruption and Open Leadership, CACOL, has hailed the bench warrant issued against four Akwa Ibom State officials last weekend by a Federal High court sitting in Lagos.

This followed an application by the Economic and Financial Crimes Commission (EFCC) in the N1.4bn (One Billion, Four Hundred Million Naira) fraud charges against the President of the Nigerian Bar Association (NBA), Mr. Paul Usoro (SAN).

In a release issued by Debo Adeniran, CACOL’S Executive Chairman, he posited, “We would recollect that Mr. Paul Usoro, President of the Nigerian Bar Association (NBA) had hitherto, been accused, severally, by the EFCC to have consciously converted to personal use, concealing the source of, disguising the origin of and retaining in his account sums of money to the tune of billions of naira belonging to the Akwa Ibom State government.

“These offenses were allegedly committed by Mr. Paul Usoro between 2015 and 2016, ostensibly, before he even became the president of Nigerian lawyers’ association in 2018. He was alleged to have committed the said corruption offences in complicity with certain government officials of Akwa Ibom state, that include, the state Attorney General and Commissioner for Justice, Mr. Uwemedimo Nwoko, Margaret Ukpe, the Cashier at the Akwa Ibom State government house, Nsikan Linus Nkan, Commissioner of Finance and Mfon Jacobson Udomah, the Accountant General of the same Akwa Ibom state.

“Also, one of the accomplices to the diverse crime is Emmanuel Udom, Governor of Akwa Ibom State, whom the EFCC acknowledged is currently constitutionally immune to criminal prosecution. Paul Usoro was allegedly paid with Awka Ibom State’s funds for legal services he rendered in his personal capacity to Udom, who was then a governorship candidate, a practice that is clearly in breach of constitutional provisions.

“Subsequently, the financial aberrations became a subject of investigation and summoning after the EFCC had been procedurally convinced of Mr. Paul Usoro’s infractions. Notable too is the fact that all the other accomplices have been at large, hence, the bench warrant towards ensuring that they do not escape the hand of justice.”

The CACOL Boss added, “Perhaps, nothing clearly underpins effects of corruption on our body polity than the ridiculous level of poverty and underdevelopment that has virtually become a lot of the country, even against its blessings in human and natural resources.

“Another discernible fact is the moral breakdown that is prevalent in the country due to effervescent corruption amongst government officials and ordinary Nigerians. This has, in no small measure almost turned Nigeria into a black spot for business as billions of American Dollars are lost in direct foreign investments, etc., due to high cost of doing business in the country and lack of trust by potential foreign investors; coupled with the fact that corruption, if not checked, destroys all moral fabrics of the nation as votes are bought, captured, elections rigged, etc., thus bringing wrong people into positions of influence and governments, just as was purportedly the case with his (Usoro)’s emergence as NBA President.

“This is why we cannot but agree with President Muhammadu Buhari’s declaration that, “It is either Nigeria kills corruption or corruption kills the country.”