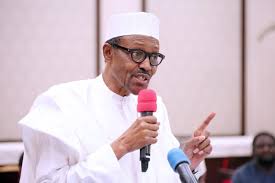 According to results released so far, of the about 70 percent results released, Buhari has polled more than 11 million votes, and there are indications that the figure will yet rise, with about 30 percent of the results yet to be seen.

Atiku Abubakar, his closest challenger and candidate of the Peoples Democratic Party (PDP), also has more than 7 million votes.

Atiku lost both in Kano and Lagos, the two states with the highest voting population.

At this rate, there is high likelihood that Buhari may defeat Atiku by a margin of more than 2 million.

But it may not be as high as the 2.6 million votes with which Buhari defeated the then incumbent Goodluck Jonathan in 2015.

The Independent National Electoral Commission (INEC) is still announcing the results at its national collation headquarters in Abuja, and is expected to formally declare Buhari re-elected on Tuesday morning.

The PDP, though, has already rejected the result, branding INEC’s figures “incorrect and unacceptable to our party”.

Share
Previous Hold Seriake Dickson Responsible for Crisis in Bayelsa – APC Lashes Out
Next PDP: Atiku made no demands of Buhari, determined to challenge result at Tribunal