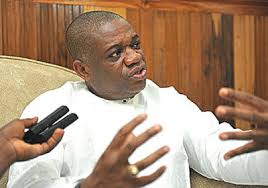 After three unsuccessful attempts, former Governor of Abia State and publisher of The Sun newspapers, Dr. Orji Uzor Kalu will be in the 9th session of the Nigerian Senate. He has been elected into the Senate, and this is official.

Kalu, a candidate of the All Progressives Congress, APC, polled 31,203 votes to defeat Ohuabunwa of the People’s Democratic Party, PDP, who secured 20,801 votes.

Kalu had ruled as governor of Abia State under the auspices of the People’s Democratic Party, PDP for two terms. He formed Progressive Peoples Alliance, PPA , in 2006 under which he contested for as presidential candidate in 2007. He had also made attempts to secure a senatorial seat in the past elections.

Meanwhile, in a statement issued by Ukpai Ukairo, on behalf of his campaign Organisation, Ohuabunwa rejected the result of the election, saying: “the true results” of Abia North senatorial election were still being collated.

According to him: “It has come to our knowledge that INEC operatives in their haste to arrive at a pre-determined conclusion manipulated the electoral process to the shock of all well- meaning patriots who believe in democracy.

“In this respect, it is tragic that INEC could conduct an election without the issuance of form EC40G, a form used to capture cancelled votes and places where there was no voting.

“In the circumstances of the above, we demand that the Resident Electoral Commissioner in Abia State should direct the Returning Officer of the Abia North Senatorial Election to make the requisite declaration in accordance with the dictates of Rule 17E(e) of the guidelines for the conduct of elections issued by INEC by cancelling the elections completely”.

The returning officer for the presidential election in the area Prof Nnennaya Ibiam, announced the result at the INEC headquarters in Umuahia, the state capital on Sunday.

Other National assembly results released by the INEC include: