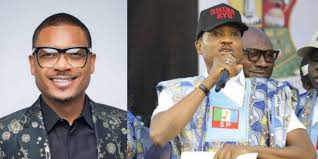 According to him, Peller , son of the late Professor Moshood Peller one of Africa’s most renowned magicians,polled a total of 44,088 votes to beat PDP’s Najeemdeen Oyedeji, who polled 31,336.

The African Democratic Congress (ADC) candidate and federal lawmaker, Olasupo Abiodun, who was elected in 2015 on the platform of the APC, came third in the contest with 12,309 votes.