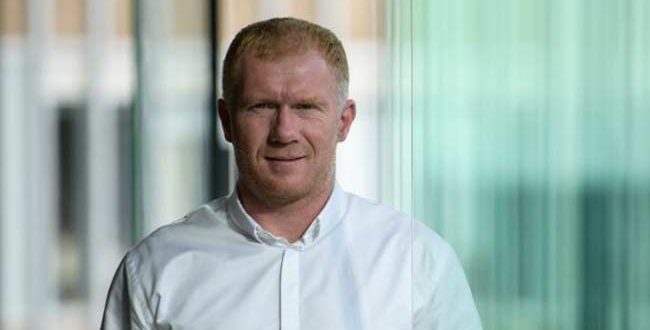 Former Manchester United star Paul Scholes made the perfect start to his managerial career as Oldham thrashed Yeovil 4-1 in their League Two clash on Tuesday.

Scholes is taking his first steps in management after agreeing to coach the club he supported as a boy.

The 44-year-old was officially unveiled on Monday and 24 hours later he was able to celebrate his first victory with the fourth-tier team.

While his old team United were losing to Paris Saint-Germain in the Champions League a few miles away, former England midfielder Scholes watched from the touchline as Oldham turned in a stylish display.

“It’s a relief and I may get some sleep tonight,” said Scholes, who lives just a few minutes’ drive from Oldham’s stadium.R

“After the game, I said ‘Well done’. It was a tough night and not really a 4-1 game but I was proud with the way they battled.

“I want them to express themselves and enjoy themselves. Fans want entertainment and that’s what we gave them.”

Jose Baxter put the Latics in front during first-half stoppage time and Callum Lang headed the second early in the second half.

Bevis Mugabi pulled a goal back for Yeovil on 54 minutes at Boundary Park.

But Mohamed Maouche put the result beyond doubt on 88 minutes, and there was still time for Christopher Missilou to volley in a fourth as Oldham moved up to 11th place.

Share
Previous Fayemi’s 3-Months’ Achievement will Win Ekiti for Buhari, Says Aide
Next 2019: Atiku And Buhari Arrive ICC For Signing Of Peace Accord