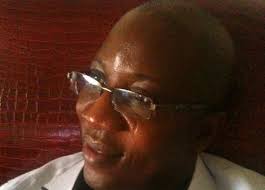 The Senior Special Assistant to Ekiti State Governor on Public Communications has expressed optimism that the people of the state will reciprocate the good gesture of their governor by voting en masse to re-elect President Muhammadu Buhari come Saturday 6 February 2019.

Segun Dipe said it was an incontrovertible fact that Governor Kayode Fayemi has performed awesomely well within three months of mounting the saddle, restoring the values debased by his predecessor, financially empowering the people, reconnecting the state to the federal and touching every community that was hitherto abandoned with development projects.

“The only way the people can thank Gov. Fayemi for the work he has done is to ensure that he wins the Saturday election for the President who sees him as his trusted ally and ready to do anything he wants for his people,” said.

According the governor’s aide, Fayemi hit the grounding running some three months ago. He cancelled payment of school fees and restored free education at the primary and secondary levels, he ensured regular payment of salaries, paying four months’ salary in less than three months, one of the arrears owed by his predecessor. He ensured payment of pension to retirees and even made provision N100m for the payment of their backlog. He put smiles in the mouth of the teachers, not only paying their salaries, but also releasing N200m for car and housing loans to them. Communities that were caught off from the national grid and had no light for four years were instantly restored.

Fayemi, he said, has also tightened the hitherto loose security in the state, with regular surveillance by a combined team of all the security operatives in the state. No more kidnapping and no more robbery. As it affects the health of the people, he commissioned a Health Mission that goes from one community to another to treat the sick.

Not only has the governor reconnected the hitherto pariah state to the national, which has made the people to start benefiting from the national social investment schemes, he has also reconnected the state with the international community. Fallout from this is the injection of N3.76bn into the Ero Dam for water project, technical educational was also given a boost.

With all these gestures and many others too numerous to mention, Ekiti people would agree with me that they had never had it so good, and cannot wish to return to their Egypt.

“We are a great beneficiary of the Buhari administration, even within such a short time of having a progressive in government in the person of Gov. Fayemi. And to think the president has even promised to do much more for us if re-elected, we simply have to play our part well.

Dipe thus implored his Ekiti people to close their ears, eyes and hearts to the lies and deception of the opposition and further tighten and smoothen their relationship with the government at the centre.

“President Buhari means well for Ekiti. He will not fail us. He is performing wonders for the state through Gov. Fayemi and will surely do more. We, the people of Ekiti, cannot afford to throw away all these benefits. Rather we should further invest in the relationship with our votes, which should be en masse,” Dipe said.