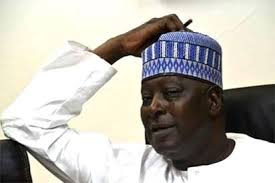 A Federal High Court in Abuja has ordered that former Secretary to Government of the Federation (SGF), Mr Babachir Lawal, be remanded in EFCC custody.

The sacked SGF was alleged to have conspired with some staff of Rolavision, his company, to fraudulently acquire a property, thereby committing an offence contrary to section 26(1)(c) of the Corrupt Practices and Other Related Offences Act, 2000 and punishable under section 12 of the same Act.

When the charges were read to him, he pleaded not guilty while his counsel applied for bail.

Lawal is to be kept in EFCC custody, pending the ruling of the court on his bail application on Feb. 13.